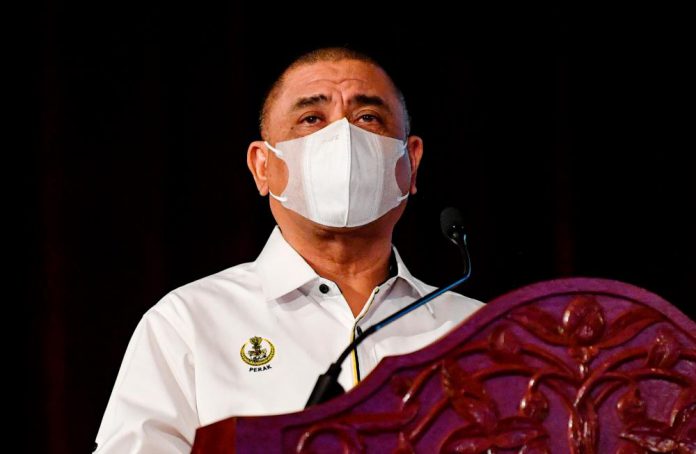 TAIPING, Jan 23 — There is no necessity to dissolve the Perak Legislative Assembly as the government has strong support, including from the opposition, said Menteri Besar Datuk Seri Saarani Mohamad.

He said the political situation in Perak was different from that in Johor which had a slim majority, which may have led to the dissolution of the State Legislative Assembly.

“I don’t know what was the reason in Johor, probably due to the slim majority. However, in Perak, I currently have strong support from parties backing the state government and also from the opposition.

“As such, there is no reason for us to dissolve the state government because we still have time and opportunity to develop the state,” he told reporters after officiating the netball court at the Aulong Sports Arena here today.

He was asked to comment about the position of the Perak state government after the Sultan of Johor, Sultan Ibrahim Sultan Iskandar, consented to the dissolution of the Johor State Legislative Assembly yesterday.

In the 59-seat state assembly, the Perak government currently has the support from 36 assemblymen, namely 25 from Barisan Nasional (BN); Bersatu (four); PAS (three); Parti Bangsa Malaysia (three); and Independent (one).

A total of 30 seats are needed to secure a slim majority.

In another development, Saarani said he attended today’s event at the invitation of Aulong assemblyman Nga Kor Ming, who is also state DAP chairman, and not at the party’s invitation.

“Even though there are differences of opinion and views, I provide the same amount of allocation to the opposition assemblymen to spend for the people’s needs,” he said.

Bersatu ready to defend its seats in GE15 – Mohd Redzuan