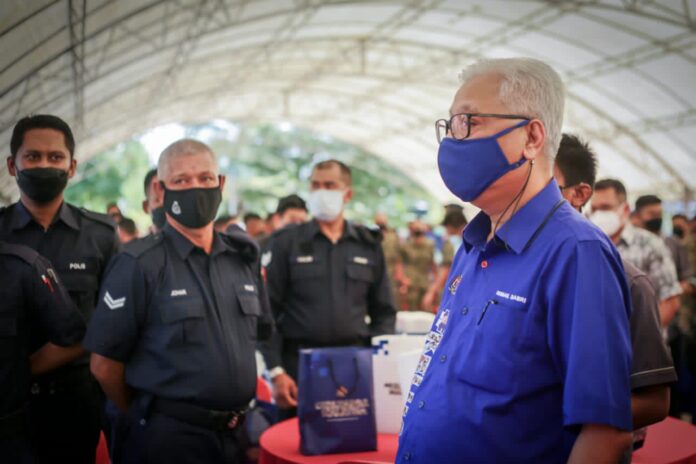 BERA, Jan 23 — Prime Minister Datuk Seri Ismail Sabri Yaakob has given the government’s assurance that there will be no Movement Control Order (MCO) enforced and travel restrictions during Aidilfitri this year.

He said economic and social sectors, as well as interstate travel, had been allowed to return to normal, adding that in the event there was an increase in cases in certain localities, the Enhanced Movement Control Order (EMCO) targeted approach would be used.

“There has been speculation, including that people cannot ‘balik raya’ as there has been an increase in cases in the past few days. Please don’t worry, we will not shut down the whole country, states or districts again.

“We will focus on targeted areas identified with a lot of infections by enforcing EMCO. If the village is subject to EMCO, then only those from that village will be disallowed from returning,” he told a press conference after attending a closed-door meeting with staff from the Bera Community Development Department (Kemas) at the Bera Kemas office here.

In another development, Ismail Sabri, who is also Bera MP, said the proposed standard operating procedure (SOP) for the Johor state election would be tabled in a special session of the National Security Council (MKN), which would also be attended by representatives of political parties from the opposition bloc.

He said the Ministry of Health (MOH) would submit the proposed SOPs in detail, as the priority was to prevent an increase in COVID-19 positive cases due to the polls, besides taking into account the number of new cases, which had reached 4,000 cases over the past few days.

“We cannot be complacent, and need to continue to curb (COVID-19 transmission), even if we say we need to live with COVID-19 in the future. We hope that cases continue to drop to below 1,000 so that we can declare Malaysia as endemic, not pandemic.

“We leave it to the MOH to determine the SOPs in detail, and I can call a special meeting of the MKN to discuss them,” said Ismail Sabri.

Yesterday, the Sultan of Johor, Sultan Ibrahim Sultan Iskandar, had consented to the dissolution of the State Legislative Assembly, paving the way for the state election.