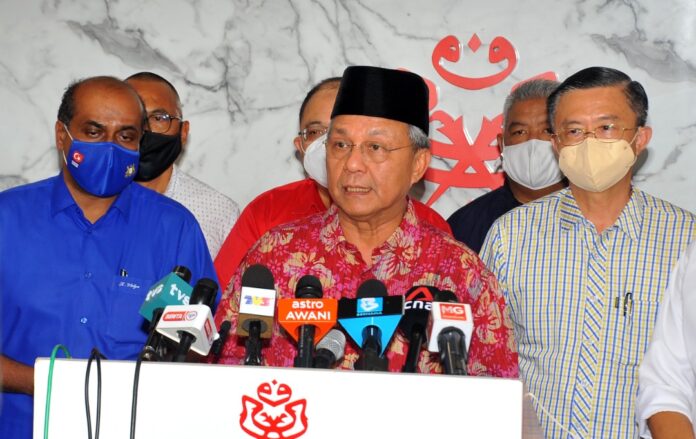 JOHOR BAHRU, Jan 22  — The Johor State Legislative Assembly was dissolved today to enable the government to get a fresh and strong mandate to intensify development in the state, said Menteri Besar Datuk Seri Hasni Mohammad.

He said snap polls were necessary for a strong government to be formed so that Johor could realise its full potential to be a developed state.

“For the state to develop rapidly, I need a fresh mandate from the people of Johor. A strong government can help the state and people of Johor to become more developed based on Johor’s strategic position and potential.

“These matters (programmes for people’s interests) need to be continued, but I feel it is not appropriate for the government to be in a position where it can be said to be operating on the ‘opposition’s goodwill’,” he told reporters at the Johor UMNO building here today.

The Sultan of Johor, Sultan Ibrahim Sultan Iskandar, had earlier today consented to the dissolution of the State Legislative Assembly, paving the way for the state election.

Hasni said the Johor UMNO Liaison Committee had given the greenlight to the state government to seek the Sultan’s consent to dissolve the 14th State Legislative Assembly, which was due to expire in 2023.

Hasni, the Benut state assemblyman, said State Assembly Speaker Suhaizan Kaiat would notify the Election Commission (EC) of the dissolution, so that an election could be held within 60 days.

Hasni, who is Johor UMNO chief, said they started contemplating whether to have a by-election or state election following the death of Kempas state assemblyman and former Johor Menteri Besar Datuk Osman Sapian on Dec 21 last year.

However, he said he had to be careful about calling for polls due to the floods in Selangor and Pahang on Dec 18 and the flooding in Johor on Dec 31.

Therefore, after the floods receded, COVID-19 cases began to drop and the economy was reopened, the state government felt it was ready to call for snap polls to seek a stronger mandate, he added.

Asked what he meant when he said the state government seemed to be operating on the “opposition’s goodwill”, Hasni said the Johor Pakatan Harapan (PH) was just paying lip service with its offer of “commitment of stability” to ensure that the state assembly would not be dissolved.

He said at the previous state assembly sitting, the opposition bloc had asked for negotiations to be held so that they could be involved in the District Development Action Committee (JTPD) meeting instead of attending as observers.

Hasni said he had repeatedly explained to them that according to a letter from the Implementation Coordination Unit of the Prime Minister’s Department, JTPD members should comprise only state assemblymen from government parties.

“We were guided only by the directive from the Prime Minister’s Department on the composition of representatives at JTPD meetings but they went ahead with the negotiations and ended up with a tie on 27 votes.

(However) the Speaker (Suhaizan), who is not from a government party, cast his vote for the government, maybe out of goodwill to ensure the government could function,” Hasni said.

He said this showed that a government ruling with just a one-seat majority was not stable.

“Johor should not be in this position if (the state government) wants to continue implementing programmes for the people,” he said.

Meanwhile, Johor UMNO secretary Datuk Samsolbari Jamali said the snap polls had to be called so that a stable government could be formed to protect the people’s interests.

“Of course, they (opposition) pledged to give their cooperation but as stated by the Menteri Besar, we had faced a situation where they did not vote with us and submitted a different motion.

“In the public interests, this situation (slim majority) should not have happened, and this had been explained earlier,” he told reporters.