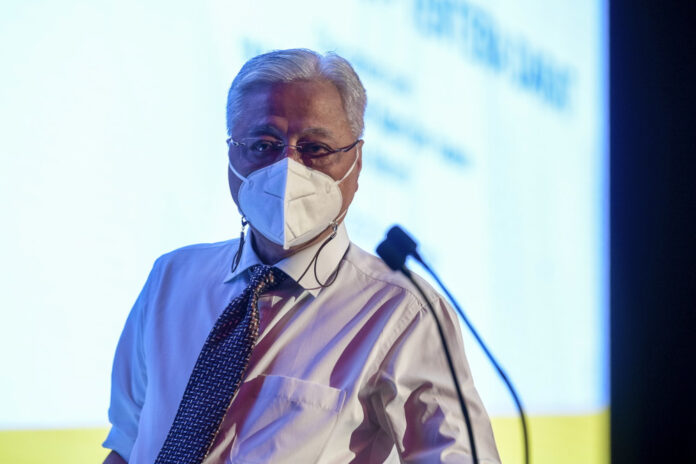 With almost all national policies focusing on the JPM, he said the department should be the exemplary model to other ministries and the people in the implementation of the policies.

He said all issues relating to the country were under the purview of JPM, such as the 12th Malaysia Plan (12MP), national security and disaster management, and even though other ministries were put in charge of the issues, the source of powers remains under the JPM.

“All eyes were on JPM as almost all national policies revolve around JPM…that’s why we have to be the best example to other ministries and the people,” he said when addressing the staff today, which is his first face-to-face event with the JPM staff since being appointed as Prime Minister on Aug 20, last year.

Ismail Sabri said the government had also set up a special committee to monitor and ensure smooth implementation of the 2022 Budget and the 12MP.

Meanwhile, the prime minister also wanted the JPM to be in the front line in promoting the concept of Keluarga Malaysia.

The concept, which was based on inclusivity, common ground and contentment, was introduced by Ismail Sabri in his inaugural speech as the ninth Prime Minister of Malaysia.

Ismail Sabri said the Keluarga Malaysia Aspirations road tour programme would be held at state levels beginning next month with strict compliance with the standard operating procedures (SOP), especially in terms of the number of attendees, to curb the spread of COVID-19.

He said the Keluarga Malaysia 100 Days Aspirations Programme at the Kuala Lumpur Convention Centre (KLCC) in December last year also received an overwhelming response to the extent of making it difficult to maintain physical distancing.

“We have learned the lesson from the programme in KLCC as the number of attendees was out of control. We will make sure that the programmes to be held at the state level will be well organised, especially in terms of attendees,” he added.

Action against anti-vaxxers to be announced by next month – PM...