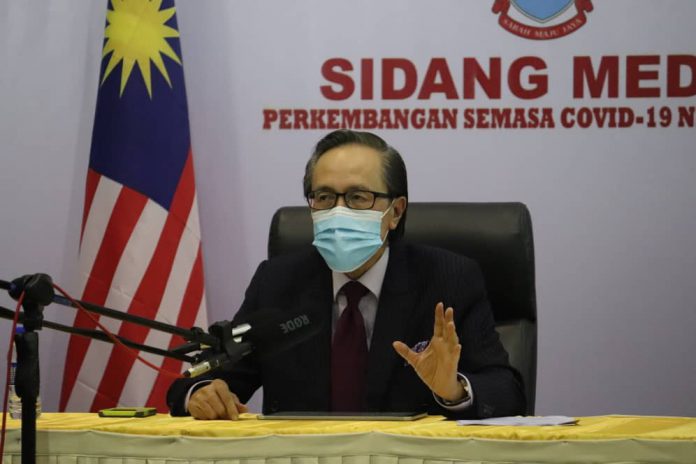 State Housing and Local Government Minister, Datuk Masidi Manjun said this was based on the contact screening conducted by the Sabah Health Department among the hostelites of six schools.

“The index case in the Jalan Teritipan Cluster is a Form Four student of Sekolah Menengah Kebangsaan (SMK) Tandek 2 in Kota Marudu who was confirmed positive last Sunday (Jan 23). All the students with mild symptoms have been quarantined to receive treatment.

“This new cluster is among the main contributors of new daily cases in Sabah with Kota Marudu district recording the highest number of new cases at 64 today,” said Masidi, who is also the Sabah COVID-19 spokesman, in a statement today.

Yesterday, the sixth cluster (Jalan Balung, Tawau) was recorded, with 18 cases comprising hostelites of SMK Balung di Tawau and Jalan Teritipan Cluster was the seventh cluster among the educational institutions and was detected since last week.

On the Jalan Binunuk Cluster, Masidi said it was detected after the index case, a 34-year-old female staff of RISDA, was confirmed positive on Jan 22, bringing the cumulative number of cases to 14 so far.

“The close contact screening conducted on the colleagues and family members of the index case found that 13 have been infected, believed to occur from a meeting involving many people at a facility,” he said.

On the Montenior Cluster, Masidi said the index case, a 37-year-old female health worker from Kuala Penyu, was confirmed positive on Jan12  and 43 positive cases had been detected so far.

“Screening of the close contacts found 24 are from the first generation, 17 from the second generation and two (third generation) have also contracted the virus. They comprise colleagues and family members of the index case. All of them have been quarantined for treatment,” he said.