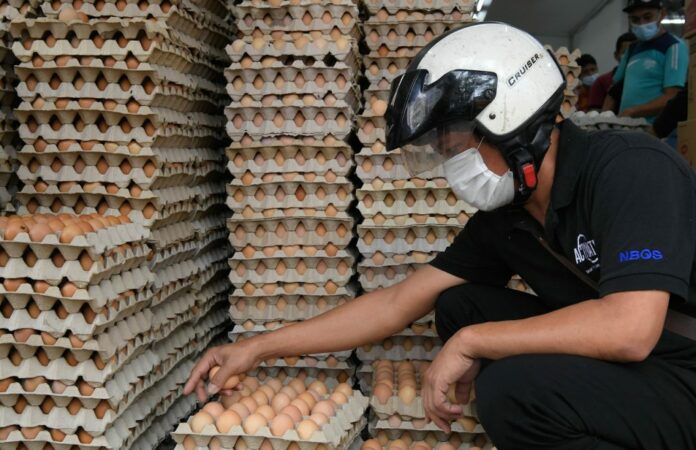 SHAH ALAM, Jan 27 — The unpredictable weather conditions are among the factors that contribute to the shortage of chicken egg production in the country, said Deputy Minister of Agriculture and Food Industries I Datuk Seri Ahmad Hamzah.

He said this had also affected yield of crops as well as fish and livestock production.

Ahmad said other contributing factors were the recent flooding incident and the increase in the price of imported chicken feed.

“In addition, if we look at the chicken egg production trend (in previous years), January will see a reduction in egg production but it will increase in February,” he told a press conference after the opening ceremony of the Selangor State Farmers’ Association’s 44th annual general meeting, here, last night.

He was commenting on an article published by a newspaper on a supply shortage of chicken eggs in the country.

Ahmad, however, did not deny that there were also retailers found to have controlled and increased the price of chicken eggs.

“Therefore, we will work with the Ministry of Domestic Trade and Consumer Affairs to monitor the matter,” he said.