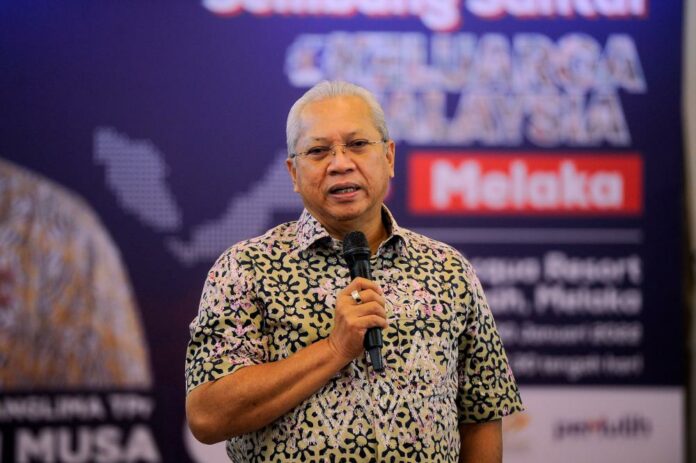 ALOR GAJAH, Jan 30 — The Communications and Multimedia Ministry (KKMM) will be stepping up engagement sessions with creative industry players in an effort to understand and assist them in various related matters.

Its minister Tan Sri Annuar Musa said apart from that, creative industry players could also come forward to express any ideas or problems faced as they were also part of Keluarga Malaysia (the Malaysian Family).

“We don’t want there to be a culture of pointing fingers at certain parties (if any problems arise). The Keluarga Malaysia concept is that we are a family. Keluarga Malaysia means we stand together in good and bad times,” he told reporters after attending the Sembang Santai #KELUARGAMALAYSIA @ Melaka programme in Masjid Tanah here today.

Earlier, at the programme, Annuar said the contribution of the creative industry to the Gross Domestic Product (GDP) was still low as it only contributed around five to six per cent a year and he wanted this to be enhanced through the country’s digitaiisation transformation.

“Right now, we want all the people to join the big wave of digitalisation that is happening globally because if we are late, we will be left behind. It generates income for individuals and the country,” he said.

CMCO: Public must have CAAM permit to fly a drone –...

Anti-party Hopping Law to come into force ahead of GE15 –...