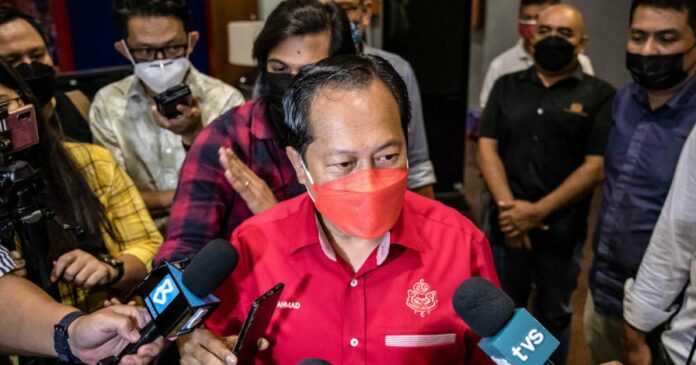 Ahmad, who is also Pontian MP, said that so far they had yet to receive any applications from the two indviduals to join UMNO.

“No gifts were promised, they quit Bersatu voluntarily and with a clear conscience, without us promising them anything… it was of their own free will.

“However, we thank them for their support for the Menteri Besar (Datuk Hasni Mohammad) and Barisan Nasional (BN),” he told reporters after attending a meeting with the Malaysia Makkal Sakti Party here today that was also attended by Makkal Sakti president Datuk Seri R.S. Thanenthiran

Ahmad said this when asked if the two former Bersatu assemblymen had applied to join UMNO after announcing their resignation from the party.

Commenting on PAS and Bersatu contesting in the coming Johor state election as Perikatan Nasional (PN), Ahmad said he wasn’t surprised as it was expected.

“Seems like they are repeating what happened in Melaka, so in the political dynamics, we are surely ready for any eventualities. Prior to this, we did not say that the Muafakat Nasional (MN) cooperation was final, but yesterday when PAS joined Bersatu in PN, I don’t see any space (for collaboration).

“Whatever it is, we must continue to work hard and not be overconfident,” he said.

Yesterday, PN chairman Tan Sri Muhyiddin Yassin, after the Muzakarah PAS Bersatu 2022, said that PAS and Bersatu would contest in the Johor polls under PN and all component parties would also use the coalition’s logo in the election.

Malaysia and Saudi Arabia agree to set up coordinating council