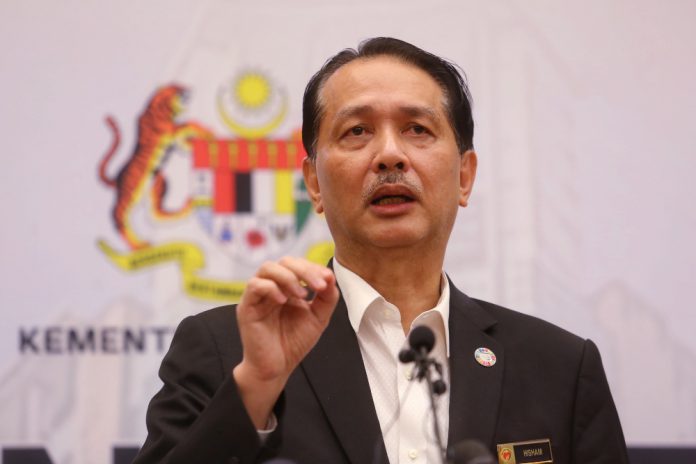 Health director-general Tan Sri Dr Noor Hisham Abdullah said the number of death due to dengue also dropped significantly last year, to only 20 from 145 deaths in 2020.

He said the number of dengue cases and death due to dengue recorded last year was the lowest by the Health Ministry since 10 years ago, but the main factor for the decline had yet to be determined.

“However, dengue remains a public health threat in Malaysia during the COVID-19 pandemic,” he said in a statement here today which was issued in conjunction with the World Neglected Tropical Disease (NTD) Day which was celebrated yesterday.

He said based on previous data and trends in dengue fever, the Health Ministry found high increase in cases every four to five years with the surge in dengue fever cases in 2010, 2015 and 2019.

“As such, dengue fever cases are expected to increase again in 2024 or 2025, with the incidence expected to be higher than the number of cases recorded in 2019,” he said.

Sharing the success story on dengue control in the country, Dr Noor Hisham said, it was focused on public health measures, especially early detection and vector management, there was still no effective mechanism to overcome the dengue virus.

Among measures taken are gazetting dengue illnesses under the Malaysian law since 1988, improving online notification methods, namely e-Notification and eDengue, identifying healthcare information systems digitally and developing a risk mapping system to facilitate the planning of vector control activities in the field.

On vector management, he said, Malaysia was the second country after Australia to control dengue by utilising the benefits of Wolbachia mosquitoes since 2019 following positive findings from local studies.

However, he said, unlike most other infectious diseases, there was no specific treatment, such as antivirus, for dengue.

“Although we currently have dengue vaccine in the market, Malaysia does not meet the criteria recommended by the World Health Organisation (WHO),  which sets the dengue seroprevalence rate of at least 80 per cent at the age of nine to be considered under the national immunisation programme.

“Apart from that, there are no domestic tools that are really effective to protect the community during the peak hours when the Aedes mosquito bites, for example mosquito nets and vests,” he said.

He said the collaboration was aimed at exploring the prospects of incorporating the early warning and forecasting features of the national dengue surveillance system to enhance preparedness and more intensive prevention activities.

He advised the public to prevent the spread of dengue by eliminating breeding grounds for Aedes mosquito; protecting oneself from mosquito bites according to individual capacity and to seek early treatment in case of dengue fever symptoms such as fever, muscle and joint pain, back pain and rashes.