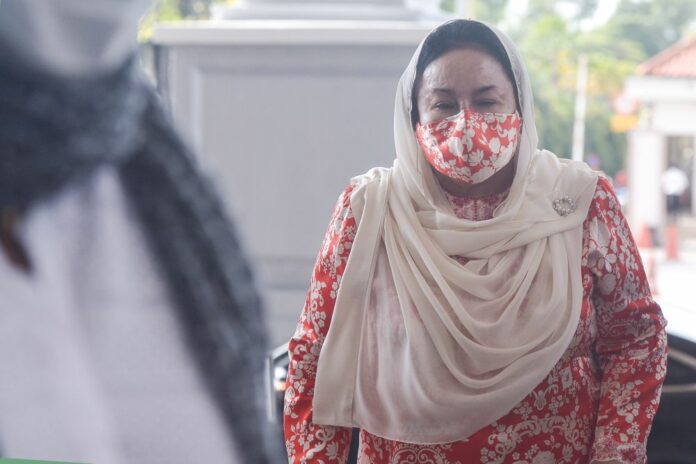 In saying so, Mohamed Zaini told the defence to adjourn all other matters that they had and to give priority to the case.

This happened after the judge was informed on the absence of a former special officer to former Prime Minister Datuk Seri Najib Tun Razak,  Datuk Seri Siti Azizah Sheikh Abod, who was supposed to be cross-examined by the prosecution today.

“That changes everything. It was supposed to be the last day of the trial. I accept your explanation. I know you are all busy counsels … you have busy matters but I urge you to write to the courts and adjourn your matters.

“This matter (Rosmah’s solar case) is to be given priority. It’s a criminal matter and it involves the last witness,” justice Mohamed Zaini said.

Earlier, lawyer Azrul Zulkifli Stork informed the court that Siti Azizah could not appear to testify today as she was still undergoing a home supervision and observation order (HSO) after returning from the umrah pilgrimage in Makkah.

According to Azrul, according to the original schedule, Siti Azizah was supposed to return home on Jan 27,  but her flight was postponed to Jan 29 from Abu Dhabi to Kuala Lumpur.

“This caused the quarantine period to end tomorrow (Feb 5),” he added.

“If it is any consolation, I will only take an hour and a half (for cross-examination),” he added.

Mohamed Zaini then adjourned the trial to Feb 15.

On Feb 18 last year, the High Court ordered Rosmah to defend herself on all three corruption charges involving the solar hybrid project for 369 rural schools in Sarawak after finding that the prosecution had succeeded in proving a prima facie case against her.

The bribe was allegedly received through her former special officer Datuk Rizal Mansor, as a reward to help Jepak Holdingsto  obtain the Integrated Solar Photovoltaic (PV) Hybrid System Project as well as Genset/Diesel Maintenance and Operation for 369 schools worth RM1.25 billion through direct negotiations from the Ministry of Education.

Sarawak looking into right to have representative in IRB – Abang...

MAF to add border posts in line with relocation of Indonesia’s...