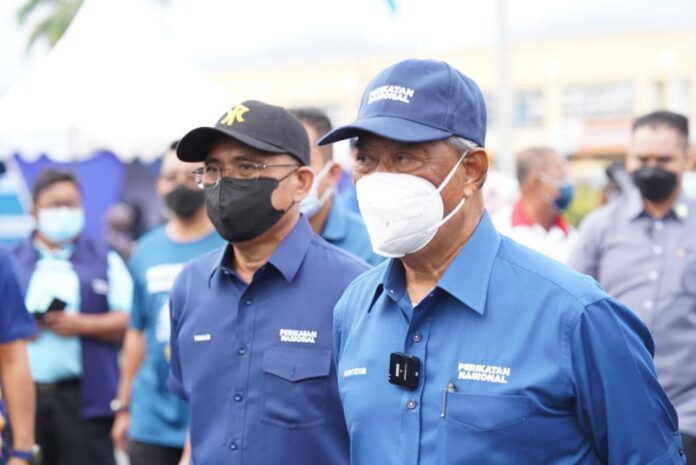 MUAR, Feb 4  — PAS’ loyalty to the Perikatan Nasional (PN) should not be questioned as the party has been with Bersatu in the coalition since the very beginning, PN chairman Tan Sri Muhyiddin Yassin said.

“PAS is one of PN’s founding parties and it has been with the coalition ever since. So, do not dispute or question its loyalty and steadfastness with PN.

“We have just concluded our muzakarah (meeting with PAS) and we have put forward our resolutions and commitments of all parties in the PN,” he told reporters after launching the Prihatin Rakyat Sale at Pagoh Jaya FAMA Square near here today.

Muhyiddin, who is also Bersatu president, said this in response to the recent question raised by certain PAS leaders on whether the party should stick with PN or with Muafakat Nasional (MN).

Elaborating, he said PAS had also taken a clear stance for the upcoming Johor state election, including for all PN component parties to contest under the PN banner.

“For Johor (polls), it has been decided that we all will contest under the PN’s ticket. We will not mention PAS or Gerakan. We know who our opponents are. That’s it. No more issues among us,” the Pagoh MP said.

He said the seat distribution among Bersatu, PAS and Gerakan for the Johor polls will also be finalised this weekend.

Meanwhile, Muhyiddin said the Prihatin Rakyat Sale would be expanded to other districts in the state soon in a bid to alleviate the burden of the people.

The sale offers a carton of eggs, a whole chicken and five kilogrammes of rice, all at only RM20, which could be purchased directly at the FAMA Square or by drive-through at selected locations.