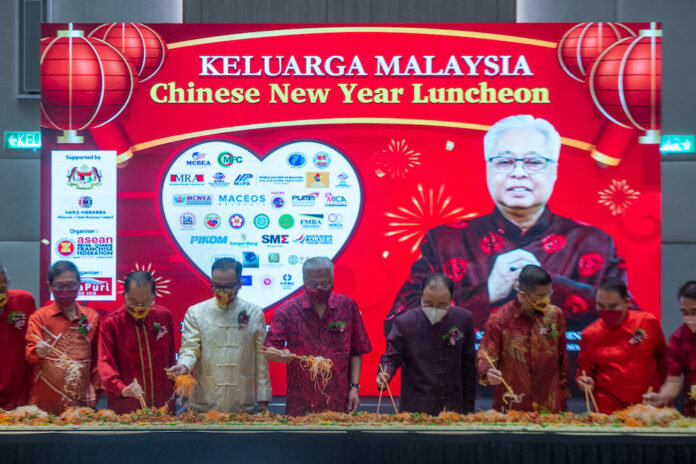 KUALA LUMPUR, Feb 13  — Prime Minister Datuk Seri Ismail Sabri Yaakob said he is planning to go to the Middle East for a working visit end of next month and to China in May.

Prior to that, the prime minister said he would complete his working visit to the ASEAN countries, beginning with Brunei, which is scheduled for tomorrow, followed by other countries such as Thailand, Cambodia and Vietnam.

“I’ll complete ASEAN first before going to the Middle East, am waiting for the date. Probably in March or after the Parliament session…after that it will be China,” he said when met by reporters after attending the Keluarga Malaysia Lou Sang Chinese New Year Luncheon here today.

Malaysia established diplomatic relations with China in 1974, the first country in ASEAN to do so. Since then, the two countries have forged close ties and developed partnerships for mutual benefit in various aspects.

Indonesia was the first country visited by Ismail Sabri after he took office as the ninth Prime Minister on Aug 21 last year.

Hishammuddin to make two-day official visit to China from tomorrow

COVID-19 vaccine to be given free to Malaysians – PM Muhyiddin