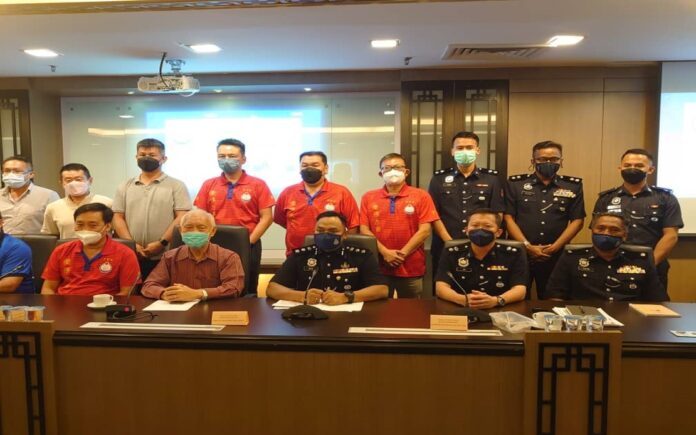 JOHOR BAHRU, Feb 16 — The Chingay Festival 2022 scheduled for this Feb 19 to 22 is allowed but on a small scale and adhering to the standard operating procedure (SOP) set by the National Security Council.

Johor Bahru South district police chief, ACP Raub Selamat said the number of participants of the event had also been set at 100 to 200 on different days.

He said during the four-day celebration, a number of roads in the city would be closed.

“During the climax of the processions, that is on Feb 21, 13 roads will be closed to traffic from 7 pm to 3 am the next day.

Raub said this to reporters after a meeting with Persatuan Tiong Hua Johor Bahru, at the association’s office, here, today.

He also said that only the celebrants registered with this association would be allowed to participate in the processions and everyone should comply with the rules set.

“The public is not encouraged to participate in the processions as 361 police officers and personnel would be on duty during the procession on the four days.

“Police will give advice to members of the public not to gather in big numbers to watch the processions and if they persist to do so, they will be issued with a compound notice,” he added.