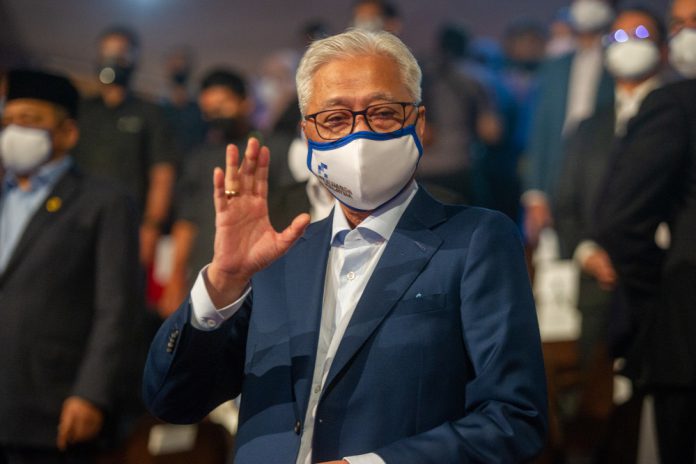 “The ex-parte order will last for 21 days and the inter-parte hearing is fixed on March 4,” the lawyer said.

Ismail Sabri, 60, applied for the injunction order in his defamation suit, which he filed in his personal capacity, against Muhamad Izwan, 37, at the High Court yesterday.

In his statement of claim, Ismail Sabri said that on Jan 30, Agenda Daily Media had published the article on its website which contained various ill-intentioned, defamatory and untrue statements regarding the plaintiff.

He said the article was re-posted on a website known as “The MalaysianLife”, which is an online news portal that could be accessed by the public.

“The article also implied that I was not loyal to UMNO and was only interested to continue being prime minister regardless of UMNO’s interests and more concerned about my position as prime minister and not the country’s interests,” the plaintiff said in the statement of claim.

As a result of the publication of the article, Ismail Sabri said his reputation as an UMNO member and as prime minister had been tarnished and hurt his feelings.

“The publication also caused me emotional turmoil and the defamatory statements contained in the article can also have a negative effect on my political career,” he said.

According to Ismail Sabri, although his lawyer had sent a letter of demand dated Feb 3 asking the defendant to delete the article and to apologise, nothing has been done until today.

As such, Ismail Sabri sought an injunction order for the defendant to delete the defamatory article on all websites and social media operated by the defendant.

He also applied for an injunction order to prevent the defendant or his agent from issuing similar defamatory statements against the plaintiff and that the defendant be ordered to submit documents to show that the said article has been deleted within 24 hours from the date of judgment.

He is also seeking an apology from the defendant in a form to be decided by the plaintiff that will be published on the Agenda Daily website and in 21 local newspapers within seven days from the judgment date.

Apart from that, Ismail Sabri also sought general, additional and exemplary damages which will be assessed later by the court, interest of five per cent from the date of judgment until full settlement as well as costs and relief deemed appropriate by the court.