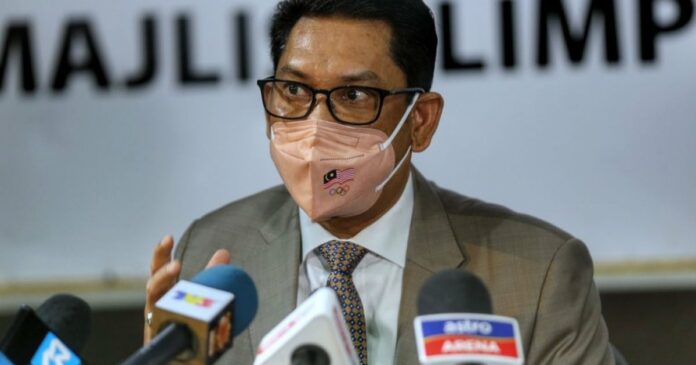 KUALA LUMPUR, Feb 20 — Youth and Sports Minister Datuk Seri Ahmad Faizal Azumu hopes that the national football squad will be able to come out of their “doldrums” quickly and return to being among the teams that are feared.

He said that he hoped that this could be achieved now that the Harimau Malaya are in the hands of new Head Coach, Kim Pan Gon.

Ahmad Faizal also believed that the Football Association of Malaysia (FAM) had considered all options before they decided to pick the coach from South Korea, who are a football powerhouse in Asia.

“I would like to congratulate the new head coach of Harimau Malaya, definitely his selection would have been made carefully. I believe if we all work together to carry out our respective roles we will be able to improve the team’s performance.

“I really hope that our national football team will reach the level they deserve to be with the support from national football fans,” he said when met at the KL Car Free Morning Coffee Ride Programme here today.

Ahmad Faizal said the former Football Association of Korea (KFA) National Team director should be given time and space to bring about positive changes in taking charge of the Harimau Malaya.

Pan Gon, who is also former Hong Kong head coach, was appointed to replace Tan Cheng Hoe who resigned last month to take responsibility for Malaysia’s failure at the AFF Cup Championship in Singapore, in December 2021.

At a press conference to introduce him and the new national squad coaching line-up on Thursday, Pan Gon said that he aimed to build a solid foundation, and was determined to take the national team to a higher level, beyond the Southeast Asian region.

Meanwhile, Ahmad Faizal said today’s programme which started as early as 7am was a collaboration between the Ministry of Youth and Sports (KBS) and the Ministry of Federal Territories (KWP) in support of the government’s intention in maintaining environmental sustainability.

“This is a recreational programme, some are cycling and jogging but we are still following the COVID-19 SOP (standard operating procedures) set, not more than 1,000 participants took part this morning.

“I hope the cooperation with KWP as well as other ministries will be able to continue events like this from time to time because we can see the excitement, at the same time encourage the public to stay fit and active, “he said.