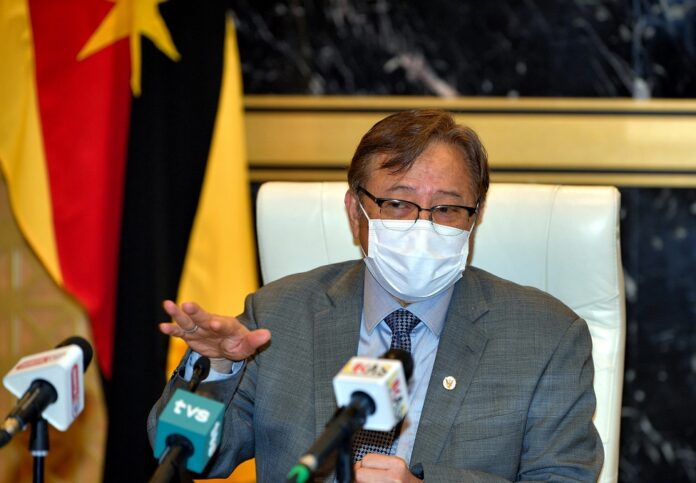 MIRI, Feb 20 — The change of the designation of the Sarawak Chief Minister to Premier is not a self-glorification move, said Chief Minister Tan Sri Abang Johari Tun Openg.

He said instead, the move is to differentiate the status of Sarawak from the other states in the federation.

“I would just like to say that it is not a self-glorification nor it is something for me personally, to be proud of.

“The state government is in the view that the designation of the (Sarawak) head of government has to be different in style, compared with other states in the federation.

“(The change in designation) is to emphasis that Sarawak is different from the other states in Malaysia, and it is nor for me. It is for Sarawak,” he said in his speech at the Federation of Chinese Association Sarawak’s Unity Year event here, last night.

On Feb 15, the state assembly passed the Constitution of the State of Sarawak (Amendment) Bill 2022 which contains a clause to change the designation of ‘Chief Minister’ to ‘Premier’  by a majority of more than two-thirds to provide for the change.

The amendments also provide for the term Assistant Minister to be changed to Deputy Minister.

On Feb 16, the day after the tabling of the bill, State Tourism, Creative Industry and Performing Arts Minister Datuk Seri Abdul Karim Rahman Hamzah said the change of the designation of Sarawak Chief Minister to Premier will only come into force after it is gazetted.

Over 1.4 mln children in Malaysia given COVID-19 vaccine