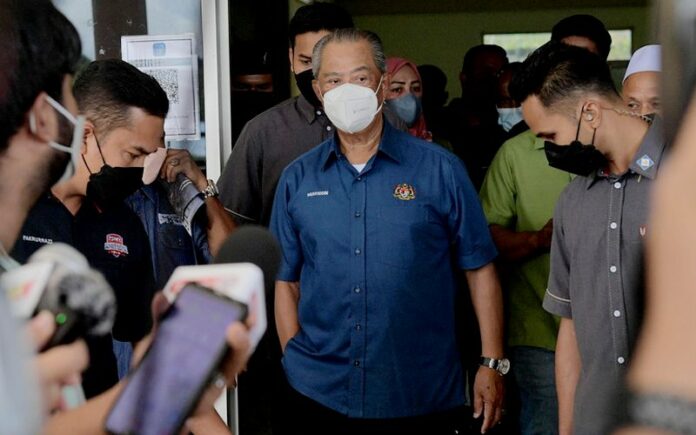 The Bersatu president believes that despite having relaxations, the SOP was still strict as well as not so practical.

“It’s quite strict as ceramahs can only be held at one place (such as) the operations room, so it’s not as if everyone in Johor can come there. For example, the (distance between) Bukit Permai constituency and this (Felda) village is quite a distance.

“It is not practical… when social gatherings, wedding receptions are allowed, what is the difference then… If one single constituency has 30,000 voters, how (are we) to get in touch with them,” he said when asked to respond on the SOP for the two-week election campaign period from Feb 26.

He was speaking to reporters after attending a meet-and-greet session with the Felda Taib Andak community here. Also present was Minister in the Prime Minister (Special Functions) Datuk Dr Abdul Latiff Ahmad.

According to SOPs issued by the EC, ceramahs, physical campaigning and house-to-house visits are not allowed during the Johor election campaign.

Ceramahs and campaigns are only allowed at political party offices and official operations rooms with participation limited to 100 people and five for house-to-house visits.

Elaborating, Muhyiddin said the SOPs may have been relaxed a little, but felt they were still inadequate as the 14-day campaign period was not long.

In a related development, Muhyiddin was of the view that the newly formed party, Malaysian United Democratic Alliance (MUDA), has yet to have a struggle of their own that can be assessed by the people.

He said the party, in fact, is seen as not having proper structure but added that MUDA president Syed Saddiq Syed Abdul Rahman’s decision to have the party contest in the state polls must be respected.

“He (Syed Saddiq) is brave enough to have several new faces contest in the election, so let the people decide,” he said.

Polling day is set for March 12, nominations on Feb 26 and early voting on March 8.