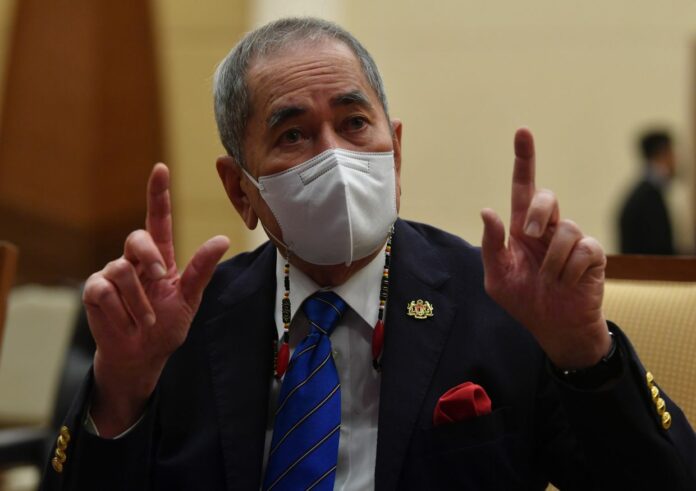 KUALA LUMPUR, Feb 23 — Minister in the Prime Minister’s Department (Parliament and Law) Datuk Seri Dr Wan Junaidi Tuanku Jaafar is confident that the Anti-Party Hopping Bill (RUU) to be brought to the Dewan Rakyat will be approved, based on the response received through engagement sessions.

He said the sessions held with many stakeholders including Members of Parliament (MPs), non-governmental organisations (NGOs) and party leaders had received 7,000 responses (feedback) for analysis.

“Overall and in principle, many agree with it. So the only question left is that as the Constitution needs to be amended, it will require two-thirds of the vote or support in the Dewan Rakyat, which is the support of 148 out of 220 total members of the house (MPs) now.

“If we get 148 votes or more, then this law can be passed, and based on my expectations after looking at the views of many parties, I am confident (the Bill can be approved),” he said when met before appearing on the ‘Ruang Bicara’ programme on Bernama TV, tonight.

Wan Junaidi was previously reported to have said that several proposed Constitutional amendments would be tabled during the Dewan Rakyat sitting which begins Feb 28, including the Anti-Party Hopping Bill and limiting the prime minister’s term to two terms.

This is in line with the recommendation of Prime Minister Datuk Seri Ismail Sabri Yaakob who wants the Bill to be expedited after the government signed a Memorandum of Understanding (MoU) on Transformation and Political Stability with Pakatan Harapan on Sept 13, 2021.

Commenting further, Wan Junaidi said the Anti-Party Hopping Bill was not enacted to hinder the democratic process among politicians, but rather to prevent harm to the country, especially from an economic point of view.

“Actually in democracy itself, anywhere, there must be parameters or scopes of its own. So to enliven democracy, there must be rules and laws, because sometimes, humans have the tendency of wanting to be totally free without any resistance,” he said.