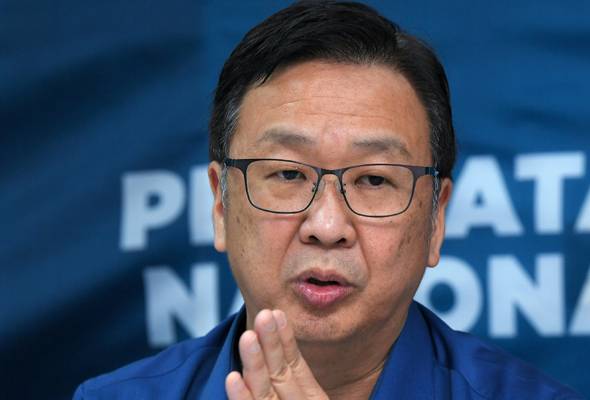 He said the signing of the SD was a procedure that all members and leaders of the party had to go through.

“Why do we want to make a statutory declaration? This is a procedure that we must go through to avoid anything from happening such as the issue of party hopping.

“Indeed for Gerakan, our stand is clear that we do not want our Members of Parliament or assemblymen to jump party.

“I think Gerakan leaders are fully convinced that they will not jump,” he said when announcing Gerakan candidates for the Johor polls today.

He also said that, apart from signing a SD, all Gerakan candidates were required to sign a letter of resignation as elected representatives if they quit the party to join others.

At the 14th General Election, Gerakan contested on a Barisan Nasional (BN) ticket in the Pemanis and Bukit Batu state seats, but lost in both and announced quitting BN on June 23, 2018.

The Election Commission (EC) has set the nomination day for the Johor state election tomorrow (Feb 26), early voting on March 8 and polling day on March 12.