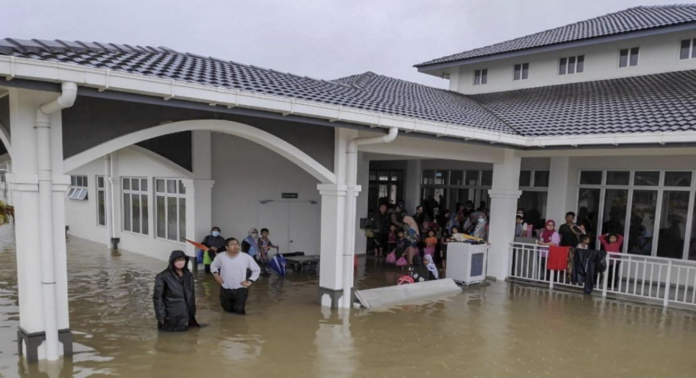 PASIR MAS, Feb 27 — About 100 residents of Taman Perumahan Prima near Lubok Jong here were trapped by floods at a surau for more than six hours.

Siti Hariaty Bee Mohd Ismail, 39, said she had to seek refuge at the surau to save herself and her children after her home suddenly became inundated with water at about 2 am today.

“My three children aged between five months and 14 years old and I had to wade through floodwater for 300 metres at 2 am after my house became flooded with almost a metre of water.

“It was raining continuously and water was rising fast, I immediately made a decision to seek refuge at the surau near my home,” she said when met by reporters here.

Nazura Che Ali, 51, said she did not expect the situation to turn bad so quickly.

“I did not manage to salvage any of the essential items including my trading goods,” she said.

Meanwhile, an officer from the Pasir Mas Civil Defence Force (APM) Capt Mohd Arif Mohd Zain when met said they received a call from the affected residents informing them about the situation at about 3 am.

“Due to safety reasons, we only started evacuating the flood victims at 8 am. Five personnel and a seven-tonne truck were despatched to the scene.

“They have all been evacuated to a relief centre at Apam Putra hall in Pasir Mas,” he added.