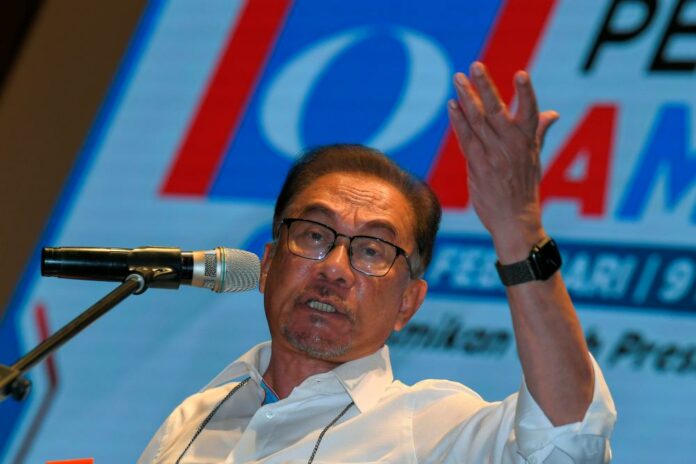 PORT DICKSON, Feb 26  — PKR president Datuk Seri Anwar Ibrahim is disappointed with the clash between PKR and the Malaysian United Democratic Alliance (MUDA) for the Larkin state seat in the Johor election.

He said during the meeting on the distribution of seats, no problems arose between PKR and other Pakatan Harapan (PH) component parties because the decision was made in a spirit of solidarity.

“We and PH have no problem, we negotiated during the meetings…finally we abided by the spirit of camaraderie, but this did not happen in Larkin (with MUDA), of course, it’s sad,” he told reporters after attending a programme with the Malaysian Youth Council (MBM) at the Port Dickson District and Land Office here today.

Asked about the impact of the clash, Anwar said the people should assess the real position, that there is a need for a strong, consistent opposition that can neither be bribed nor bought.

In the meantime, Anwar said PH had yet to determine a Menteri Besar candidate, and that previous discussions held were more focused on strategies to win the election.

“The Menteri Besar candidate has not been determined, we want to ensure victory, there have been initial discussions but nothing serious. Recently we discussed about the seats, and the joint strategy with DAP and Amanah (Parti Amanah Negara),” he said.

In the Johor polls this time, Amanah and DAP will be contesting using the PH logo, while PKR will use its own logo.