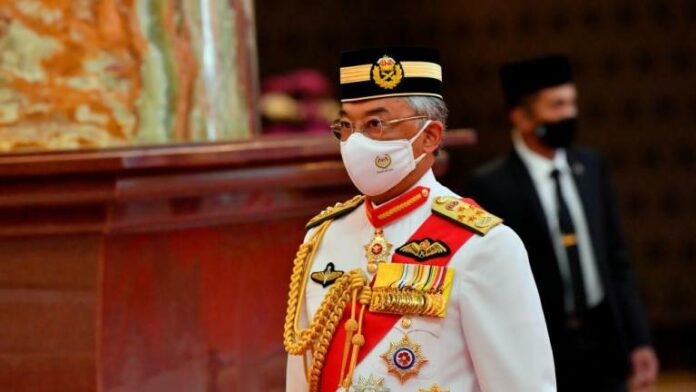 KUALA LUMPUR, Feb 28  — The First Meeting of the Fifth Session of the 14th Parliament will be opened by Yang di-Pertuan Agong Al-Sultan Abdullah Ri’ayatuddin Al-Mustafa Billah Shah in the Dewan Rakyat today.

The Dewan Rakyat meeting, which was adjourned on Dec 20 last year, is the second under the administration of Prime Minister Datuk Seri Ismail Sabri Yaakob.

Today’s sitting is reserved for the royal address by Al-Sultan Abdullah, and according to the Dewan Rakyat calendar, this meeting will run for 16 days until March 24.

Meanwhile, the Dewan Negara meeting, which will be opened simultaneously with the Dewan Rakyat today, will last for nine days beginning March 21.

To reduce the risk of COVID-19 infection in the Parliament building, Dewan Rakyat Speaker Datuk Azhar Azizan Harun had said that the standard operating procedure (SOP) for the previous Parliament meeting would be maintained.

It includes requiring Members of Parliament (MPs) and staffers to undergo the Reverse Transcription-Polymerase Chain Reaction (RT-PCR) test three days before the sitting and the installation of transparent partitions between the seats of MPs as part of physical distancing practice.

COVID: Wedding do sparks cluster of 62 cases in Sabah