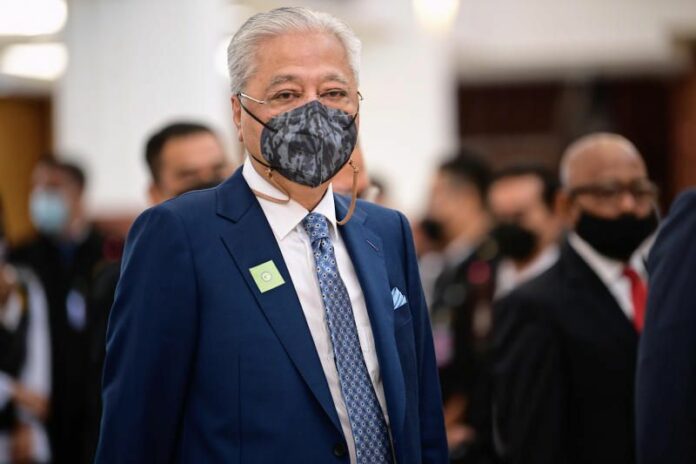 He said the improvement was aimed at making the government delivery system more people-centric and no longer plagued with bureaucracy.

“Realising that there were weaknesses, the government is committed to continuous improvements to ensure efficiency and effectiveness of the system,” he said during question time at the Dewan Rakyat sitting here today.

The Prime Minister said this in reply to Datuk Seri Tajuddin Abdul Rahman (BN-Pasir Salak) who wanted to know the reasons for weaknesses in the government delivery system and measures taken to overcome it.

Ismail Sabri said among the improvements made by the government was the immediate distribution of various aid and assistance, including cash aid, grants, and soft loans, by doing away with bureaucracy.

“We have seen how the government’s compassionate aid (BWI) was distributed in the most fastest way in our history after the massive floods late last year.

“For the first time ever, the government provided three methods of aid distribution to the flood victims, namely by giving out cash at the relief centre, during house-to house visits, and also by online transactions,” he said.

Ismail Sabri said the methods were made possible by effective public service as well as a dynamic and facilitative organisation.

He said the government would also ensure that public organisations will be more efficient and effective by having the appropriate size and structure with no overlapping functions.

“We will examine and review the existing functions and conduct business process re-engineering to ensure that they will remain relevant and meet the current and future needs. Functions that are no longer relevant will be revoked to enable us to perform the latest functions more effectively,” he said.

Elaborating, Ismail Sabri said the government had also underlined that the public delivery system be driven by new initiatives through the principles of speed, world-class knowledge, inspirational, flexible and technology-based (SWIFT).

As such, he said the government will ensure that the civil service always adapts to the spirit of ‘Malaysian Family – Public Service Family’ where each ministry and agency will help each other in providing the best service to the people.

“The government admits that there is still room to improve the delivery of government services. We are always open to any suggestions for improvement as well as constructive and professional criticism, as per the government’s commitment in the Memorandum of Understanding on Transformation and Political Stability,” he said.

On Tajuddin’s question relating to the work-from-home policy, the Prime Minister said the government was still implementing the policy that started since the implementation of the Movement Control Order (MCO) due to the spread of COVID-19.

However, he said the productivity of working in the office was found to be better and there were works in critical sectors such as the health department and services that must be done in the office.

When replying to Fong Kui Lun (DAP-Bukit Bintang) on complaints that telephone calls to government offices in Putrajaya were hardly accessible and usually left unanswered, Ismail Sabri said: “The complaints will be taken seriously and I will make sure that it is solved.”