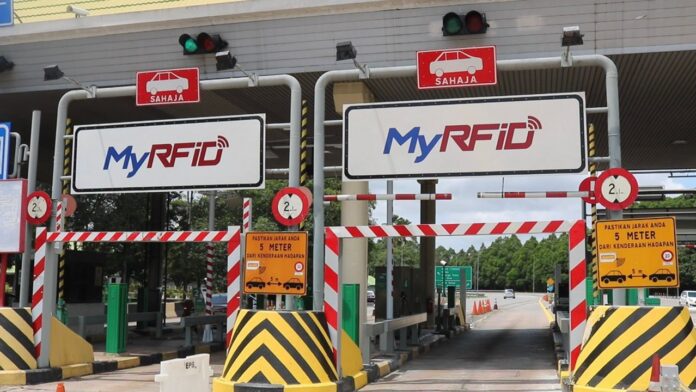 KUALA LUMPUR, March 1  — The usage rate of the Radio Frequency Identification (RFID) or MyRFID tags has increased 18 per cent since it was introduced in 2017, the Dewan Rakyat was told today.

Senior Works Minister Datuk Seri Fadillah Yusof said the use of the RFID technology was seen to be more effective than the infrared technology used for the SmartTAG devices.

“The Infrared technology used for SmartTag devices has not been proven in the implementation of the Multi-Lane Free Flow (MLFF) system, compared to the RFID technology which has been widely adopted by developed countries that have implemented the toll collection system.

He was responding to a question from Datuk Mohd Fasiah Mohd Fakeh (Bersatu-Sabak Bernam) on the implementation of toll payment using the RFID technology in all closed tolls on the North-South Highway (PLUS) and East Coast Highway 2 (LPT 2).

Answering a question on measures to overcome congestion at toll plazas which were said to be due to RFID’s ineffectiveness, Fadillah said several short-term measures have been taken, among others, placing toll officers at toll plazas and maintaining the existing Touch ‘n Go (TnG) and SmartTAG lanes.

“If we look at the existing system, we need to stop to scan the Touch n Go card before the toll gate barrier opens. Through the use of SmartTAG and RFID technology, 1,000 vehicles can pass through a toll point within an hour, compared to only 450 vehicles (with the use of TnG cards),” he said.

In reply to a supplementary question from Mohd Fasiah on whether the government intends to abolish tolls in the future, Fadillah said the government could not afford to do so due to the excessive amount of compensation that would have to be paid to concessionaires.

“Therefore, we are currently negotiating to find a win-win solution that will not burden the people and the government in terms of our financial position,” he said.

The Dewan Rakyat was also informed that the government had requested TnG Sdn Bhd to review the costs for the purpose of reducing the selling price of RFID tags.