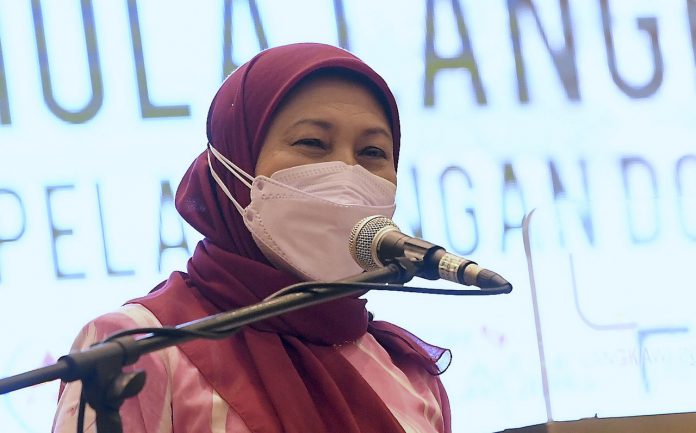 KUALA LUMPUR, Feb 28 — Travel agencies, including resort operators, have been asked to be more vigilant in managing the movement of tourists, especially to the resort islands, due to the current uncertain weather conditions.

Minister of Tourism, Arts and Culture, Datuk Seri Nancy Shukri, said that people who wanted to travel were also asked to be more sensitive to changes in weather conditions, based on the weather forecasts issued by the authorities.

“I hope travel agencies are more careful before bringing tourists because some of them are bringing small children.

“Look at what happened in Pulau Perhentian, I was worried last night; thankfully this morning they were all safely evacuated out of the island as the weather was getting better,” she told reporters after the launch of the National Academy of Arts, Culture and Heritage (ASWARA) 2022 Calendar, and the World Arts, Education and Culture Events (WAVE)  2021 Festival Summit here, today.

She said this when asked to comment on the incident of 385 tourists stranded in Pulau Perhentian, Terengganu since last Friday, due to rough seas and strong winds.

She added that her ministry is constantly monitoring the situation as well as working with the tourism committees at the state level, and the states do have authority, including to go to sea to provide assistance and so on.

Earlier, Nancy, in her speech, said that the strengthening of strategic cooperation networks in the tourism and culture sectors played an important role in boosting the country’s image and visibility on the international stage.

“The organisation of WAVE 2021, which is another success of the Ministry of Tourism, Arts and Culture (MOTAC), through ASWARA, is the impetus for us to redouble our commitment towards a more progressive year in 2022.

“WAVE 2021, an online international event, has carved Malaysia’s name at the international level; among the successful programmes under WAVE is the ‘Main Zapin ASWARA 2021’ (ASEAN) which involved the participation of five countries, Indonesia, Brunei, Thailand and Singapore, with Malaysia as the host,” she said.

She said that this year, a total of 162 programmes had been planned and lined up, physically as well as online.

PdPR should continue until COVID-19 situation is safe for face to...