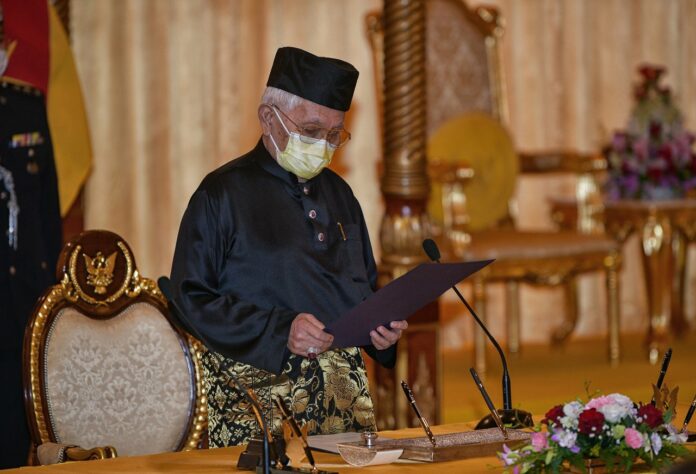 Abdul Taib received his instrument of appointment to continue his service for another two years from the Yang di-Pertuan Agong Al-Sultan Abdullah Ri’ayatuddin Al-Mustafa Billah Shah at Istana Negara in Kuala Lumpur yesterday.

Taib was the 4th Chief Minister of Sarawak and held the post for 33 years from March 26, 1981, after he succeeded his uncle Abdul Rahman Ya’kub.

Taib served as a judge’s associate in the Supreme Court of South Australia after having completed his law studies at the University of Adelaide, before returning to Sarawak.

He entered politics in 1963 when he joined the Sarawak Legislative Council and served until 1966.