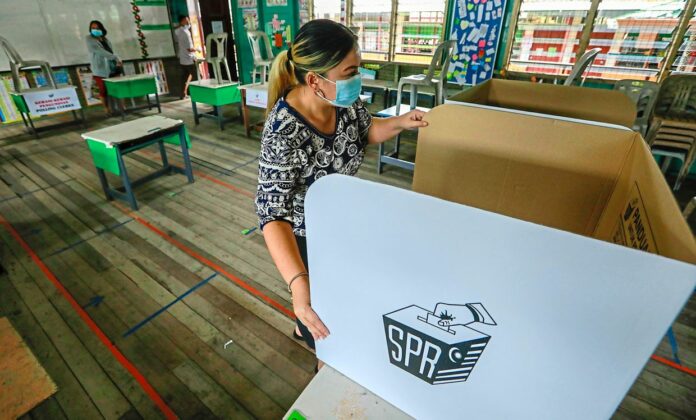 JOHOR BAHRU, March 2 — The decision by the Election Commission (EC) to use 147 secondary schools in the state as polling centres for the Johor state election will not affect the Sijil Pelajaran Malaysia (SPM) examination which began today.

When giving the assurance, Senior Minister of Education Datuk Dr Radzi Jidin said the use of the classrooms for polling would not involve the examination rooms.

“Prior to this, we did discuss with the EC on whether it was possible that they did not use the secondary schools, but due to certain constraints, 147 schools will have to be used.

“So, the decision was made that even if the schools were used, it will not affect the examination rooms.

“Although it is difficult as almost all rooms are being used to ensure physical distancing (among the SPM candidates), the EC has a method and doing its best to ensure the examination process goes in a smooth and orderly manner,” he said after visiting Sekolah Menengah Kebangsaan Kota Masai 2 on the first day of the examination here today.

Radzi said the sanitisation process would also be carried out as soon as the polling process ended to ensure the areas were decontaminated and safe.

The written examination of 2021 SPM began today until March 29, while the Johor state election is fixed on March 12 with early voting on March 8.

Last February, Radzi said the ministry was of the stand that secondary schools in Johor were not used as polling centres for the polls as it did not want all the preparations for the SPM examination which had been arranged to be disrupted.

Blinken calls on ASEAN countries to put pressure on Myanmar