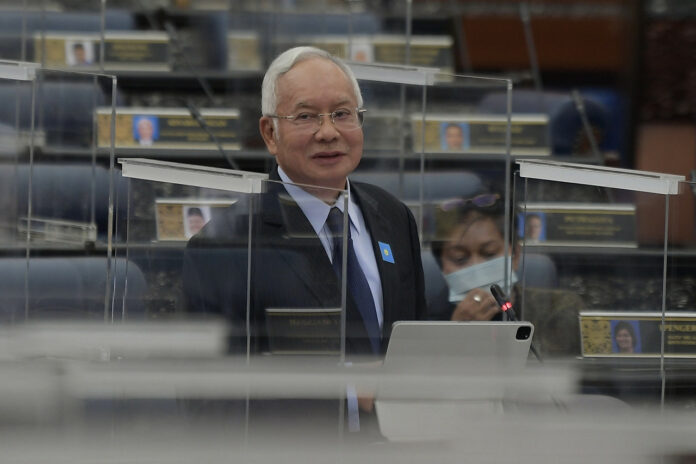 KUALA LUMPUR, March 2  — A government Member of Parliament (MP) today said that the Cabinet’s decision to not allow withdrawals from the Employees Provident Fund’s (EPF) i-Citra scheme should be respected for the benefit of people’s welfare.

Datuk Seri Tajuddin Abdul Rahman (BN-Pasir Salak) said all parties should not make the i-Citra withdrawals an issue for political or personal interests.

“It (government) is thinking of the people’s future, as what will happen in future if everything (money) is withdrawn now. We will not know (our) hardships and sufferings in the future.

“Of course, it is their (people’s) money, but we as leaders and the government should advise, educate and protect the people,” he said during the debate on the motion of thanks for the Royal Address in the Dewan Rakyat today.

Earlier, in the same debate session, Datuk Seri Najib Tun Razak (BN-Pekan) again requested the government to approve the i-Citra withdrawals to meet the needs of the people.

The former prime minister said this was his fourth time asking.

“It doesn’t matter who wants to claim the credit… As long as the request for this final withdrawal, which people are really looking forward to, can be granted by the government immediately,” he said.

Najib said he had received requests on social media to raise the i-Citra withdrawal matter during the debate session.

The government had previously allowed the withdrawal of money from EPF through a series of initiatives, namely i-Sinar, i-Citra and i-Lestari.

Meanwhile, Datuk Ramli Mohd Nor, who was temporarily chairing the parliamentary session, ejected RSN Rayer (PH-Jelutong) from Parliament with a one-day suspension, after he (Rayar) interjected several times when Najib was debating the motion on the royal address.

Ramli took the action after warning Rayer three times to observe the rules.