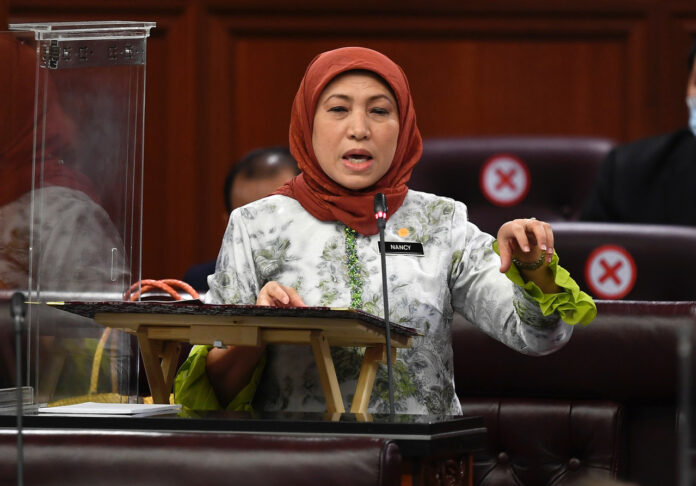 KUALA LUMPUR, March 3 — The temporary postponement of umrah trips following the spread of the Omicron COVID-19 variant in January affected about 19,000 pilgrims, however, the impact on those who suffered losses was minimal, said Tourism, Arts and Culture Minister Datuk Seri Nancy Shukri.

She said the number of pilgrims who had incurred losses due to the postponement was much lower.

“Those who incurred losses were those who cannot get a refund for some payments that have been made, while for most of the pilgrims they were able to make the necessary adjustments,” she said during the oral question and answer session at the Dewan Rakyat today.

Nancy was replying to a question raised by Datuk Ahmad Nazlan Idris (BN-Jerantut) who wanted to know the types of losses umrah travel agencies had incurred when umrah trips were temporarily suspended due to the transmission of the Omicron COVID-19 variant.

On Jan 1, the government announced the postponement for one month beginning Jan 8.

The government also agreed to pay compensation of RM1,671 each to pilgrims who had to cancel their umrah travel, to be credited to the Tabung Haji (TH) savings account.

On the compensation, Nancy said the ministry received about 8,500 applications, adding that payments were made based on the prescribed criteria.

She said to be eligible to receive the payment, applicants should be using umrah travel agencies registered with the ministry for trips between Jan 8 and Feb 7 and had received travel visas.

Nancy also said the standard operating procedures (SOP) set were not meant to burden any quarters, but to protect the safety and well-being of Keluarga Malaysia (Malaysian Family).

She refuted the allegations that umrah SOPs kept changing and made life difficult for Muslims, saying the claims were inaccurate.

Application for BWI never closed, govt grants it every time –...