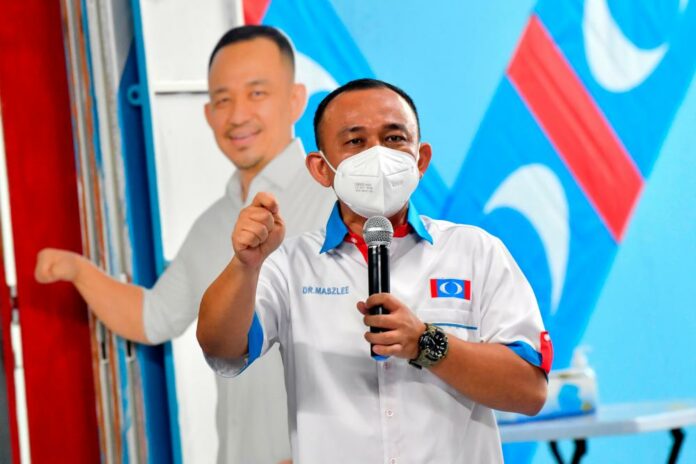 KLUANG, March 3 — PKR candidate for the Layang-Layang state seat Dr Maszlee Malik has denied rumours that he is the Johor Menteri Besar candidate should the party and Pakatan Harapan (PH) be given the mandate in the coming state election.

“He only asked for my vote and support for PKR and PH to take Johor to a higher level,” he told reporters after holding a ceramah (talk) at the Layang-Layang state legislative assembly PKR operations room here today

Maszlee, who joined PKR last November, said this when commenting on Anwar’s previous ceramah which stated that there was a reason PKR was fielding the Simpang Renggam MP as a candidate in the Johor polls, thus giving an impression that he (Maszlee) is the coalition’s candidate for the menteri besar post.

Maszlee also apologised to Simpang Renggam voters for not being able to fulfil all of PH’s promises made during the 14th General Election after it could only govern the country for 22 months.

The former Parti Pribumi Bersatu Malaysia (Bersatu) member said he did not jump party and, in fact, Bersatu betrayed him by “casting him out” because he did not agree with the party leaving PH and forming a new alliance with Perikatan Nasional (PN).

Maszlee will be involved in a four-cornered fight with K. Alagathiran of PN, Abdul Mutalib Abd Rahim of Barisan Nasional and Ahmad Shafiq Othaman of Parti Pejuang Tanah Air (Pejuang) for the Layang-Layang state seat.