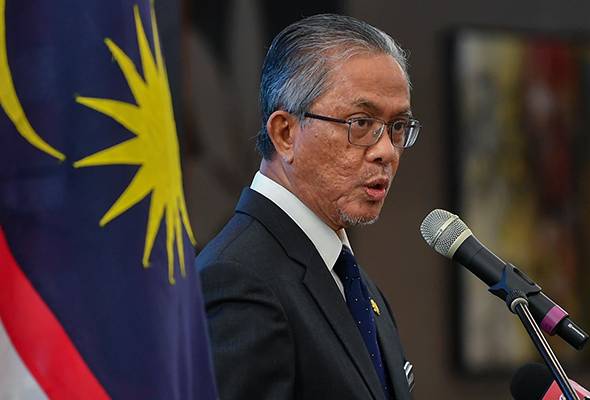 KUALA LUMPUR, March 4 — A one-stop portal and style guide for responsible reporting on violent extremism and terrorism, mycveguide.com, which was launched today is in line with Malaysia’s National Action Plan on Preventing and Countering Violent Extremism (PCVE) 2022-2026.

Deputy Foreign Minister Datuk Kamarudin Jaffar, in his speech at the launch, said the web portal is vital to support and ensure the viability of the plan.

“The portal would act as a platform for all researchers and practitioners to the original PCVE content as well as secondary sources such as news, webinars, training, engagements, research, and resources among others.

“It will also serve the role of a style guide to help familiarise policymakers, researchers, practitioners, students and members of the public with the CVE (Countering Violent Extremism) sector in security and public safety,” he said.

His speech was read out by director-general of South East Asia Regional Centre for Counter Terrorism (SEARCCT) Datuk Ganeson Sivagurunathan at the launching of the web portal and viewing of CVE video campaign here.

Kamarudin said a combination of hard and soft approaches is required in the action plan consisting of law enforcement; deradicalisation, rehabilitation and reintegration; education, engagement and outreach to society and vulnerable groups.

“To fulfil Malaysia’s PCVE commitment, the Ministry of Home Affairs was entrusted to develop and prepare the PCVE National Plan for 2022-2025 for Malaysia.

“The plan is expected to provide a clear direction; a comprehensive set of implementing strategies, objectives, initiatives and indicators; and as a result to contribute to the security and public safety of the country.

“The Ministry of Foreign Affairs or Wisma Putra will also be eager to play its role for the plan,” he said

On the other hand, he said the web portal’s collaboration with MPI is also meant to educate journalists to responsibly report or write on violent extremism and terrorism.

“The portal would inform, engage and train journalists with the objectives of using facts and avoid bias, using proper terminology related to Counter Terrorism (CT) or CVE, to also include a wide range of voices as well as to avoid inflammatory content,” he said.

Meanwhile, the US Ambassador to Malaysia, Brian D. McFeeters, in his speech, expressed his gratitude to other collaboration members for working together in countering the threats of violent extremism.

“The US Embassy is an active partner for Malaysia and fully committed to developing strategies and initiatives to address this issue,” he said.