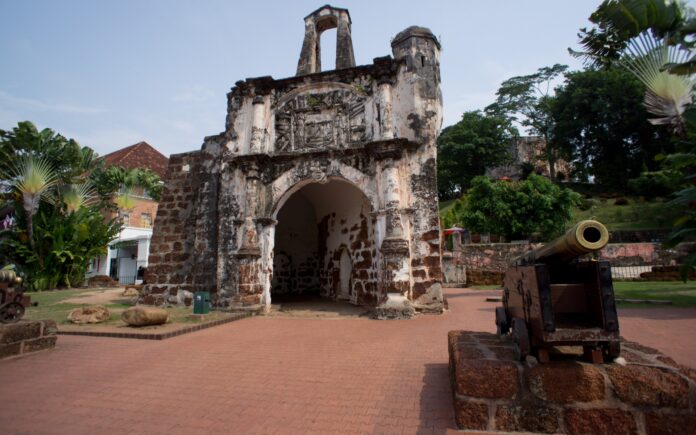 MELAKA, March 3 — Proceedings in the Melaka State Legislative Assembly got heated up a notch today when the issue of proposed name change for St Paul’s Hill to Bukit Melaka was raised.

The issue was raised by Leng Chau Yen (DAP-Bandar Hilir), who claimed that the proposal was an attempt to rewrite history.

However, state Tourism, Heritage and Culture Committee chairman Datuk Muhammad Jailani Khamis stood up and replied that the name change was to restore the reference to Bukit Melaka as originally used in the Melaka Malay history before the arrival of the colonialists.

Muhammad Jailani (BN-Rembia) said the move would not change history and that St Paul’s Hill Church, which is located there, would retain its name.

“In my opinion, the name change is a value added for Melaka. Why should we follow the name given by colonisers? In Beijing, the names of colonisers were eradicated; why are we not proud to be bangsa Melaka?

“Yang Berhormat (Bandar Hilir) has to get your perspective right. We need to have the Malaysian spirit, not spirit of colonisers. You should study history before criticising,” he added.

When met outside the House, Muhammad Jailani said the process of changing the name was expected to be realised this year.

The process was still at the study stage and efforts were being made to identify several sources of history to support the proposal, he added.

“The changing of names to their original has been done many times before in this country, including Jalan JWW Birch in Selangor to Jalan Datuk Maharajalela,” he said.

8669 cybersecurity incidents reported in Malaysia from Jan to Nov 2021