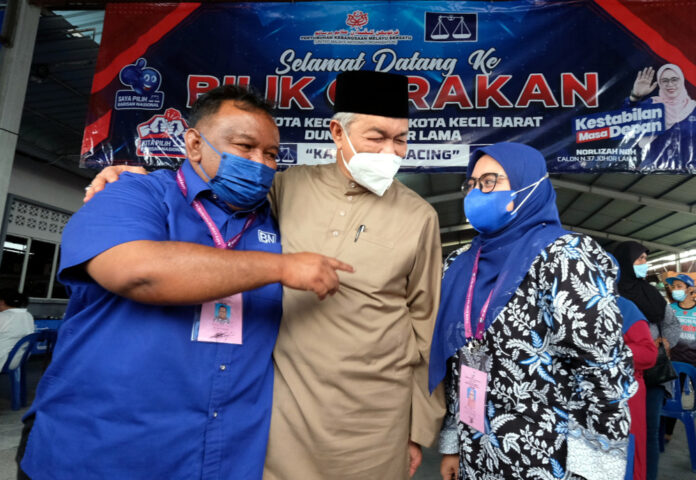 KOTA TINGGI, March 4  — UMNO president Datuk Seri Ahmad Zahid Hamidi has given a clear indication of the future of the Muafakat Nasional (MN) coalition when he said that the political cooperation between UMNO and PAS should be kept ‘in a fold that need not be reopened’.

“It’s not that we don’t want to (because) we started it (MN). Kalau hidung tak mancung, kenapa pipi mesti tersorong-sorong (why take the trouble when people don’t appreciate you?),” he said in a press conference while visiting the Kota Kecil Timur district voting centre here today.

Yesterday, PAS deputy president Datuk Seri Tuan Ibrahim Tuan Man said that MN was still around and that neither PAS nor UMNO had declared its dissolution, adding that the coalition would be reviewed after the Johor state election.

Earlier in his speech, Ahmad Zahid said Datuk Hasni Mohammad’s performance as the Johor Menteri Besar was impressive despite his short tenure.

“From March 2020 until the state legislative assembly was dissolved, his performance was impressive.  In the shortest period, he was able to affect the necessary progress in the state of Johor,” he said, adding that Hasni had also given assurance that the pledges outlined in BN  manifesto ‘Ikhtiar BN Johor’ would be fully implemented.

BN is fielding candidates in all 56 state seats and has previously stated that Hasni would continue to hold the position as Johor Menteri Besar if it wins the state polls.

The Election Commission set polling day on March 12 and early voting on March 8.

With upcoming lockdown, essential goods running out in Labuan