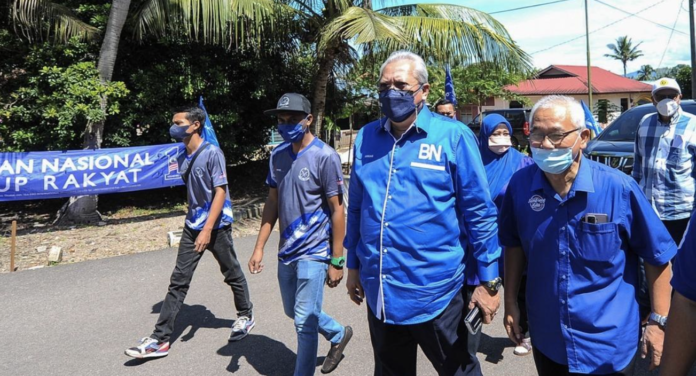 KLUANG, March 5 –The Ministry of Communications and Multimedia (KKMM) has approved an allocation of RM100,000 to help flood victims in Pasir Mas and Rantau Panjang, said its minister Tan Sri Annuar Musa.

He said the ministry was liaising with the local machinery to send the aid  to avoid duplication of items.

“I have given instructions to the KKMM volunteer team, especially under the Secretariat at the Malaysian National News Agency (Bernama).

“Maybe ours (KKMM) can be given as post flood aid since now there are a lot of assistance for the flood victims…there may be families in need of assistance later,” he told reporters after attending a rewang programme with the community at the Kampung Muhibbah District Voting Centre (PDM), Paloh, today.

As of 8 am today, the number of flood victims in Kelantan and Terengganu has decreased to only 3,408 people still at relief centres (PPS) in both states.

In another development, Annuar, who is also Ketereh Member of Parliament, said Barisan Nasional (BN) was conducting a polls on the voters’ attitude in the second week of the Johor state election (PRN) campaign to gauge the support of voters.

“This data is important for us when entering the final phase. This system is understood by the machinery and we have the manpower and suitable campaign strategy that can voters’ heart,” he said.

The former UMNO secretary-general also said the BN machinery was also approaching ‘white’ Johor voters outside he state by contacting them through the central call centre.

Later, Annuar donated about 520,000 face masks to the BN machinery in Kluang.

The Election Commission has set March 12 as polling day for the Johor state election.

Entry ban on foreigners based on risk matrix – Mohd Redzuan