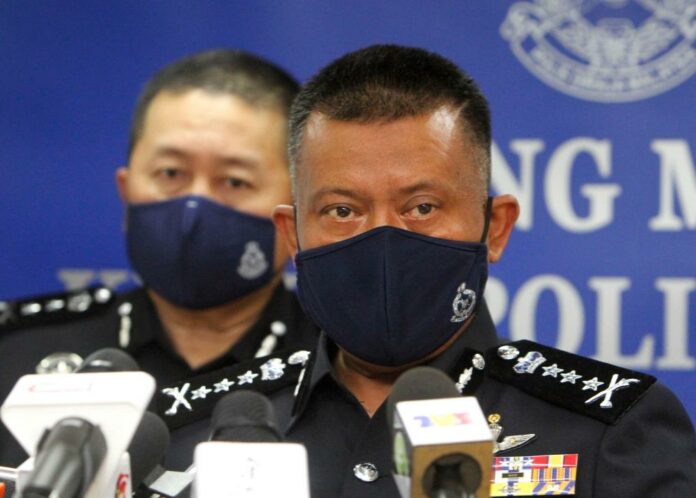 JOHOR BAHRU, March 6 — Police do not allow any face-to-face debate to be conducted by any party during the Johor state election campaign.

State police chief, Datuk Kamarul Zaman Mamat said this was to avoid any unpleasant situation which could disturb the peace.

“Face-to-face debates are disallowed. Please understand the situation as it is currently calm and anyone can campaign and the political parties can do so peacefully. So, we don’t want anything that can destroy the peace and thus, prevent all from campaigning,” he said at a news conference, here, today.

He was asked to comment on the planned debate between MCA and DAP leaders which is not permitted by police.

The debate, involving MCA president Datuk Seri Dr Wee Ka Siong and DAP secretary-general Lim Guan Eng and scheduled for today at the Johor Bahru Tiong Hua Association hall to discuss the issues involving a school, was cancelled as it was not permitted by police.

Kamarul Zaman said so far, police only allowed ceramah (talks) to be held after getting the permits from police. “We will facilitate this except for certain reasons in the interest of the people and their well-being,” he added.

He said police had issued 1,411 permits for ceramah and campaigning since the nomination day until yesterday and that only six applications were rejected and the factors included overlapping of time and close proximity between the venues.

He also said that so far, 806 officers and personnel from the Crime Investigation Department had been tasked to monitor and ensure no trouble or commotion involving any party during the election campaign.

At the same time, he said, police had received 152 reports and opened 10 investigation papers including under Sections 427, 269 and 323 of the Penal Code, Election Offences Act 1954, and Communications and Multimedia Act 1988.

“The alleged offences included holding ceramah without a permit, causing mischief by burning the election campaign materials, and putting up offensive or obscene postings on Facebook.

“The cases being investigated also include those that incited ill feelings or animosity and violation of the standard operating procedures (SOP),” he added.

Kamarul Zaman also stated that 22,531 individuals including from Johor police and the Malaysian Armed Forces would be involved in early voting on March 8.

He said that out of this number, the 11,576 from Johor police would be voting at 63 polling centres involving 83 channels.

He added that 382 police officers and personnel in the state had registered as postal voters with 276 of them approved by the Election Commission while the rest (106) should turn up for early voting.

The Johor state election will be on March 12.