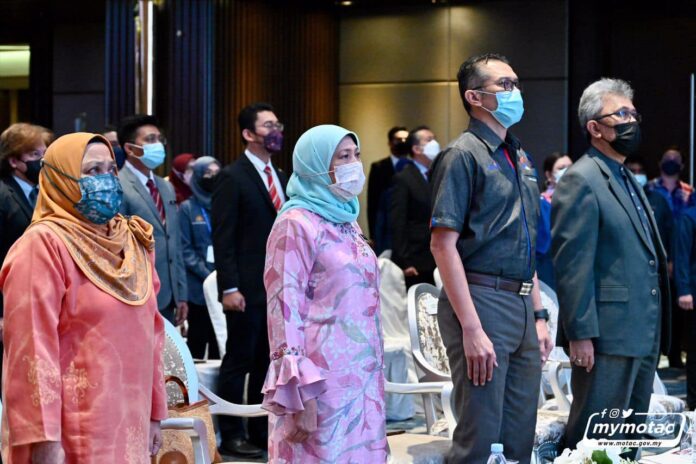 JOHOR BAHRU, March 7  — The land route between Malaysia and Singapore via the Johor Causeway and the Second Link will be opened simultaneously with the opening of the country’s border, said Tourism, Arts and Culture Minister Datuk Seri Nancy Shukri.

She said this would facilitate travel by Singaporeans to Malaysia, thus reviving the country’s tourism sector which had been affected by the COVID-19 pandemic.

She said the announcement on the opening of the country’s border would be made by Prime Minister Datuk Seri Ismail Sabri Yaakob soon.

“The  Tourism, Arts and Culture Ministry is ready and always prepared (to receive tourists from abroad),” she told reporters after a meeting with industry players here today.

Last Saturday, the Prime Minister was reported to have said that the country’s border would be reopened soon and this move would allow members of Keluarga Malaysia (the Malaysian Family) who had not seen each other for a long time to return home, especially for the Aidilfitri, which will be celebrated in May.

On Nov 29 last year, the land Vaccinated Travel Lane VTL) via the Johor Causeway and the Second Link were  opened simultaneously with the air VTL between Changi Airport and Kuala Lumpur International Airport (KLIA).

On today’s event, Nancy said the programme was an initiative by the to get closer to the tourism, arts and culture industry players in Johor.

At the event, she also launched the Jom Balik Kampung Homestay Malaysia Campaign organised by Tourism Malaysia in line with the launch of the jomhomestay.com portal which was completed on Nov 27 last year.

She said the campaign was aimed at promoting homestays in the country  as an alternative to stay at hotels for travellers.

The campaign is also aimed at encouraging homestay operators, including youths, to produce attractive packages as well as highlight local products, to make their homestays attractive.

Zuraida to raise issue of citizenship for illegitimate child with govt