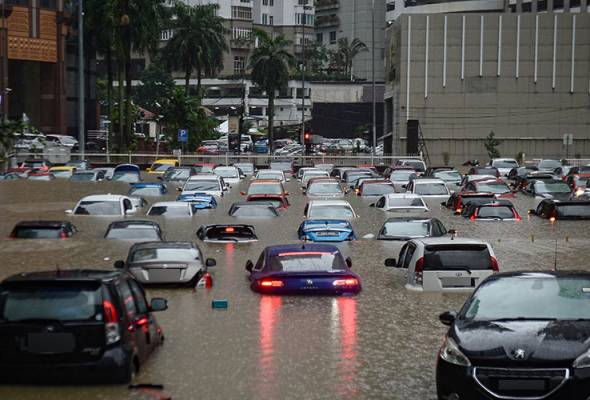 KUALA LUMPUR, March 7 — All flood control system infrastructure under the Kuala Lumpur Department of Irrigation and Drainage (DID) have been mobilised after flash floods hit several areas of Kuala Lumpur this afternoon.

“Extraordinary heavy rain within a two hour period overwhelmed the existing drainage system with a high volume of water flow,” he added.

To reduce the risk of flash floods, Tuan Ibrahim said the Kuala Lumpur DID was implementing improvement and upgrading work at retention ponds in the city, including the Batu retention pond.

Meanwhile, Environment and Water Ministry secretary-general Datuk Seri Dr Zaini Ujang said at the same media conference that the extraordinary rainfall recorded today, which was almost equivalent to a month’s average, was the main cause behind today’s flash floods.

Normally, the average annual rain for the country was 2,500 milimetres (mm) and the monthly national average was 208 mm, he said, adding that the rainfall recorded today at Taman Desa SMART station was 106.5 mm and 155 mm at Air Panas station.

“In just two hours, the rainfall has exceeded half of the monthly average. When such a great amount of water falls in a short time, there won’t be enough time for it to drain away,” he said.

GE15: Aid packages for the people should not have symbols of...