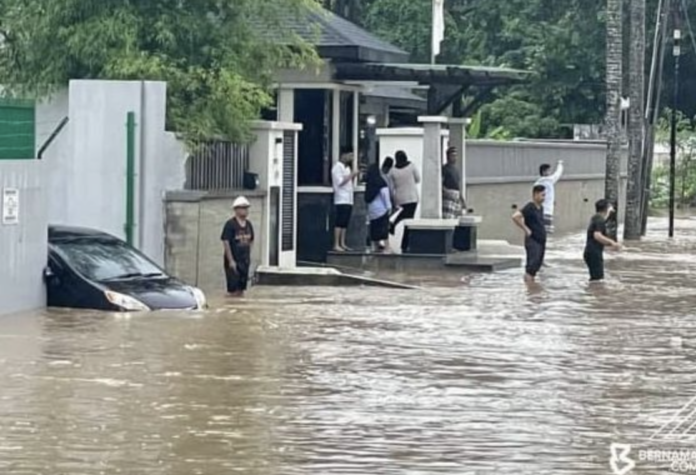 KUALA LUMPUR, March 8 — The Ministry of Federal Territories will be studying the need to upgrade the existing flood early warning system to ensure the people received information faster on the disaster while saving lives and properties.

“As the system could not assure floods would not recur, we need other approaches and we may have to think of flood mitigation programmes or improving the water flow system,” he said. He was speaking to reporters after carrying out a spot check at the landslide location in Section 6, Wangsa Maju following the heavy rain yesterday here today.

According to Jalaluddin, he is looking at a more organised drainage system project in Kuala Lumpur as well as setting up a committee to discuss short, medium and long term plans to ensure the massive flash floods yesterday would not recur.

“Even though the flood is a natural disaster, the government, especially Kuala Lumpur City Hall (DBKL), would attempt to mitigate the situation,” he said.

In this regard, when questioned about the water retention pond at Kampung Pasir Baru which was said to be not working and thereby causing floodwater to rise rapidly, he said DBKL had been ordered to repair the facility within a month.

Jalaluddin who visited the pond yesterday said the system which was damaged since last year should not have been neglected and he is now waiting for a report from DBKL.

Decision not to work with PPBM premature, Annuar tells Umno