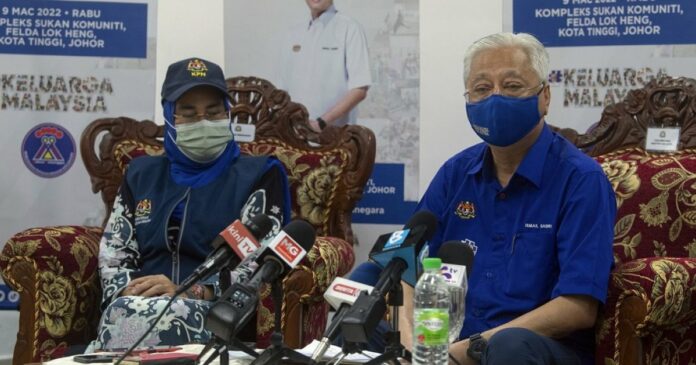 KOTA TINGGI, March 9 — A total of 3,200 land lots are being provided for the second generation of Felda settlers in Johor in a bid to resolve part of the housing issues in Felda areas.

For that purpose, Prime Minister Datuk Seri Ismail Sabri Yaakob said the federal and state governments had also agreed to jointly set aside allocation totalling RM60 million to develop the infrastructure in those areas.

“This is a new concept. We no longer sell ready-made houses but land lots to the second generation of Felda for them to build their own houses with the state government providing the land and we (federal government) help in developing the infrastructure.

“The government agreed that RM30 million from the cost for infrastructure development will be borne by the federal government and Felda and the other RM30 million by the state government,” he told a press conference after the presentation of 2022 Johor level Prosperous Malaysian Family Rukun Tetangga Community (KRT) grants at Felda Lok Heng Barat Community Sports Hall here today.

He said by providing the land lots, part of the housing issues which had been plaguing the second generation of Felda settlers could be resolved and hence, smoothen the implementation of development plans in Felda areas.