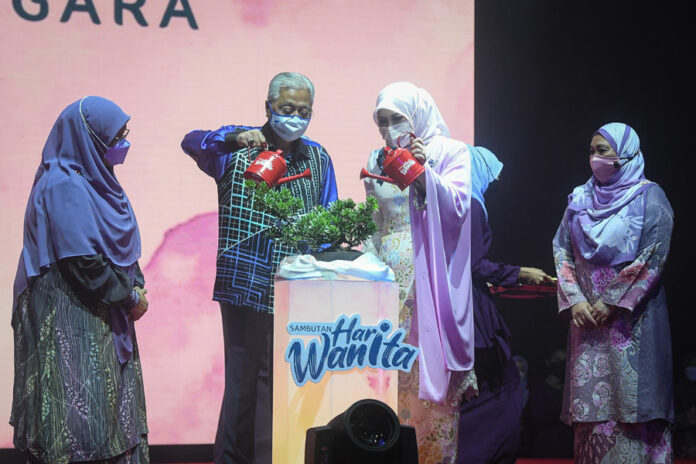 KUALA LUMPUR, March 8  — To ensure that Malaysian women continue to be empowered, the government today announced six initiatives, among which women whose husbands have recently died to be allowed to work from home (WFH) within an appropriate period, Prime Minister Datuk Seri Ismail Sabri Yaakob said.

Well aware of the grief and burden being experienced by women who have just lost their spouse, he said heads of departments and top management will now be required to allow these employees to work from home so that they will be able to manage family affairs.

Besides this, he said a proposal to make it mandatory for at least one woman director to be appointed to public listed companies is expected to take effect on Sept 1, and June 1 next year for other listed companies.

“To appreciate and recognise the role and contributions of women, the Women’s Day celebration must be held on March 8 every year at all levels, regardless of federal or state,” the prime minister said in his speech the Women’s Day 2022 celebration at the Kuala Lumpur Convention Centre here tonight.

Apart from that, Ismail Sabri said the government had also set up the National Women’s Council, established the Anti-Sexual Harassment Bill and strengthened the Hakam Institution under the Syariah Court to help women who had to face a lengthy divorce process.

“Hakam is a method introduced by the Malaysian Syariah Judiciary Department to overcome the problem of divorce-related trial cases that take time to the detriment of couples who want to divorce,” he said.

The prime minister said the government, through the Syariah Judiciary Department, has also introduced legislation in which banks can freeze the accounts of husbands on the order of the court.

He said banks are allowed to make payments from the husband’s frozen account to the wife if the wife makes a claim in court and this method was known as ‘Hiwalah’.

Ismail Sabri also expressed pride in the achievements of Malaysian women who have been increasingly successful in various fields, either locally or abroad.

Ismail Sabri said based on Malaysia’s score in the Global Gender Gap Index 2021, the country had managed to close the gap in the education and health sub-index. Involvement in the economic and political fields, however, was still low, he added.

He said in economy and employment, women’s participation rate was still low at 55.6 per cent compared to men at 80.8 per cent.

Besides this, he said out of every RM100 received by men in salary and wages, women received only RM94.07 and the gap is widening especially among B40 women, an effect of the COVID-19 pandemic.

“Realising this, the government will continue to focus on women’s well-being because I am confident that if given the opportunity, women can be on par with men as the main driving force of the country’s productivity and economy,” he said.

At the event, the prime minister also presented the Women’s Icon Award to eight recipients in the categories of economy, education, health, leadership, security, law, ‘Wanita Bangkit’ and the Tun Fatimah Special Award, which was given to the founder and president of the International Women Entrepreneurs Association Malaysia Norazizah Borhan.

Recipients of the Tun Fatimah Special Award are recognised for their outstanding contributions domestically and abroad.

MAQIS seizes frozen beef from Brazil worth over RM470,000

Limits on business premises’ operating hours to be lifted from April...