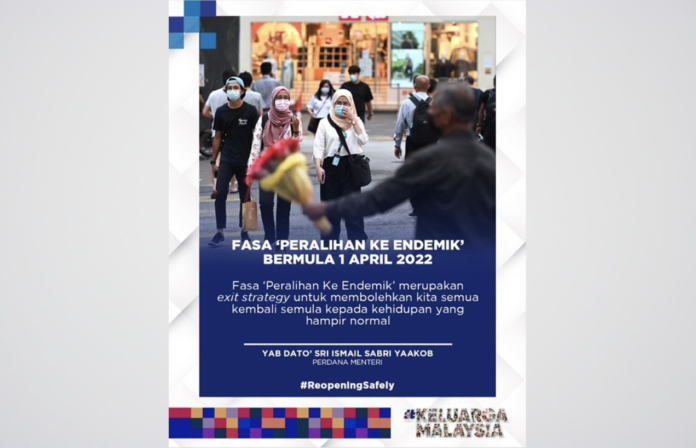 KUALA LUMPUR, March 8  — The three states that border Thailand today described the reopening of the country’s borders on April 1 as a decision that will bring about many positive effects, especially in economic terms and social relations.

In KEDAH, Menteri Besar Datuk Seri Muhammad Sanusi Md Nor said the reopening of the borders will also provide employment opportunities for foreign workers, which would increase productivity in many sectors.

“This includes factories, plantations, services, construction and restaurants in which our economy will boom once again,” he said when contacted by Bernama today.

Prime Minister Datuk Seri Ismail Sabri Yaakob announced today that Malaysia will enter the ‘Transition to Endemic’ phase with the country’s borders set to be opened on April 1.

Kedah Consumers Association secretary Mohamad Yusrizal Yusoff said the reopening of the borders will revive the tourism industry and bring much relief to industry players, including homestay and hotel operators as well as traders.

In KELANTAN, the state government has targeted a 50 per cent increase in tourist arrivals with the decision and expects it to have a positive impact on the state economy and tourism sector.

“What is important is the cooperation of the community to continue to comply with standard operating procedures (SOP) and new norms to curb the spread of COVID-19 once the country’s borders are opened,” he told Bernama.

“The decision made by the top leadership has definitely taken into account all views, especially from the Ministry of Health. They have established that COVID-19 can be controlled,” he told Bernama.

Meanwhile, Perlis Border Relations and Cooperation Committee chairman Ruzaini Rais said the reopening of the borders was a much-awaited decision by many parties and it would provide economic benefits in terms of trade and tourism.

“For that, we have made initial preparations including cleaning the surrounding areas at the Padang Besar and Wang Kelian border gates,” he said.

Malaysia, Indonesia agree to implementation of Travel Corridor in stages —...