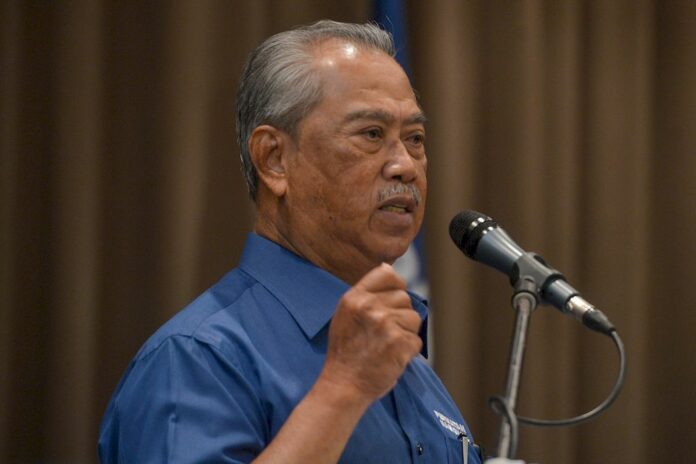 Justice Hanipah, who delivered the court’s unanimous decision, said Khairuddin’s case centred on an alleged failure on the part of the AG to advise Muhyiddin pursuant to Article 145 of the Federal Constitution to resign.

However, she said a court of law would not address issues that have become academic or are hypothetical.

Earlier’s in today’s proceeding which was conducted virtually, Low raised a preliminary objection saying that the matter was academic and the court ought not to entertain Khairuddin’s appeal.

Low said the factual basis of Khairuddin’s judicial review no longer existed as Muhyiddin has resigned as the Prime Minister on Aug 16 last year and Datuk Ismail Sabri Yaacob has been appointed as the new Prime Minister five days later.

Lawyer Mohamed Haniff Khatri Abdulla representing Khairuddin submitted that the appeal was not academic, adding that the declarations sought pertained to the AG’s duties.

Khairuddin filed an application in a bid to get leave to commence a judicial review in Feb last year, seeking several declaration orders including a declaration that Idrus’s move to accompany Muhyiddin to meet the Yang di-Pertuan Agong on Jan 11, last year to issue a declaration of emergency was invalid as the former premier did not have the majority support.

He named Idrus as the respondent in the judicial review.

Khairuddin also sought a mandamus order to compel Idrus to advise Muhyiddin to seek audience with the Yang di-Pertuan Agong to resign as the Prime Minister and that of his Cabinet members.

The failure of the AG to execute his duties, Khairuddin said, was unlawful and a violation of the Federal Constitution.

NRP will guide Malaysia to exit the pandemic – Zafrul

Allegation against military personnel a lie, Anwar must apologise – Ismail...