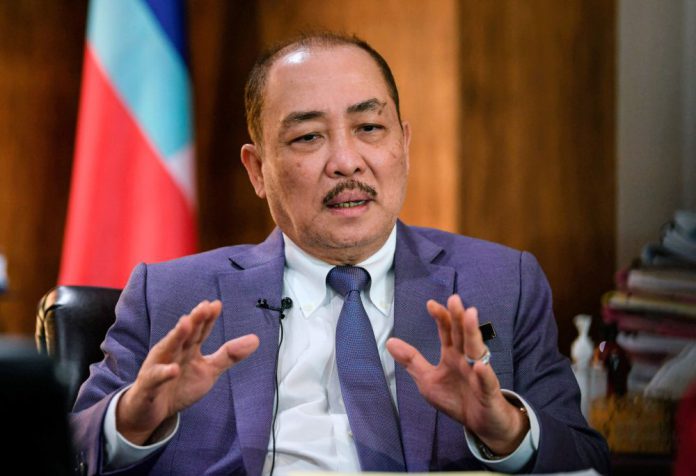 KOTA KINABALU, March 9 — The reopening of the country’s borders on April 1 will facilitate Sabah’s economic recovery which has been affected since the outbreak of COVID-19, said Chief Minister Datuk Hajiji Noor.

He said the closing of Malaysia’s borders for nearly two years had impacted the state’s tourism sector which represents one of the main sources of revenue for Sabah and industry players have also requested for the country’s borders to be reopened soon.

However, he stressed that the reopening of the country’s borders must comply with effective standard operating procedures (SOPs) to curb the spread of COVID-19.

“Sabah is ready to receive visitors which will help the economy, however, we will wait for a detailed announcement so that we can coordinate the SOPs to meet the state’s needs,” he said in a statement today.

Yesterday, Prime Minister Datuk Seri Ismail Sabri Yaakob announced that the country’s borders will be reopened on April 1, in line with Malaysia’s plans to enter the ‘Transition to Endemic’ phase.

Meanwhile, yesterday, state Local Government and Housing Minister Datuk Masidi Manjun also said that the state COVID-19 Disaster Management Committee will wait for the detailed SOPs to be announced before making any proposals connected to the reopening of the country’s borders by the federal government.

At the same time, Sabah Deputy Chief Minister Datuk Seri Bung Moktar Radin when contacted by Bernama agreed with Hajiji but also stressed that the reopening of borders had to be done together with strict SOPs.

“Any form of implementation concerning the reopening of borders must be done with care to ensure risks to public health are controlled. Protocols and guidelines on quarantine rules, for example, need to be enforced to curb infections, especially new variants such as Omicron,” he said.

He said the steps taken towards the reopening borders are important too to ensure economic activities in the country remained competitive, especially in the inter-segments of the tourism sector which could contribute to the country’s revenue.

“Through a systematic and closely supervised reopening of the country’s borders, the economic sectors, especially the tourism industry which was severely affected by the pandemic, can be revived and subsequently have a positive impact on the country’s economic recovery,” he said.

He also said the government needed to emulate the strategies and approaches taken by other countries such as New Zealand, Australia, Indonesia, and the Philippines which implemented a planned border reopening in phases to revitalise economic sectors severely affected by COVID-19.

Bung Moktar added that Malaysia and other countries in the region needed to expedite the opening of their borders to help economic recovery, especially in the trade and tourism sectors without increasing the risks to people’s health.