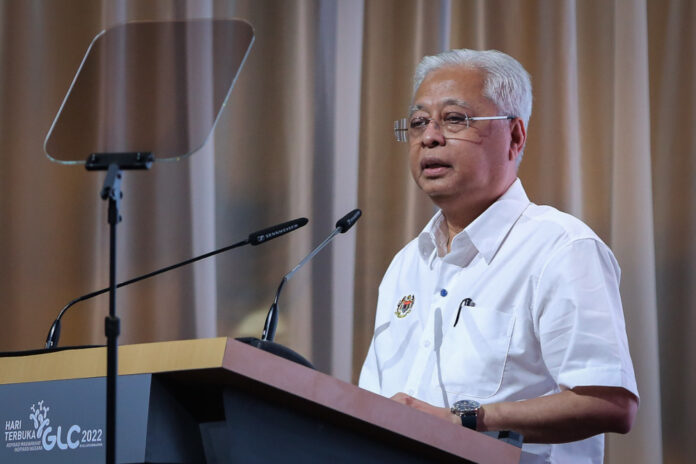 Prime Minister Datuk Seri Ismail Sabri Yaakob said out of concern for the people in tiding over the cost of living challenges, the government has ensured that all civil servants received a total salary and allowance of at least RM1,500 a month.

“This minimum income level should be practised by the private sector to help workers address the cost of living challenges, especially for low-income workers,” he said at the launch of the GLC Open Day 2022 here today.

In line with international best practices, the Prime Minister called on every listed GLC to achieve a level of female participation of at least 30 per cent board members by the annual general meeting in 2023.

“Not only in conjunction with the recent International Women’s Day, we should continuously recognise the role of women as important leaders and contributors to the country’s socioeconomic progress and prosperity,” he said.

In Budget 2022, he said the government announced that all listed companies were required to appoint at least one female director before June 1, 2023.

In an effort to realise the aspirations under the 12th Malaysia Plan (12MP), Ismail Sabri called on all GLCs and GLICs to have medium-term targets and net zero carbon targets by 2050.

“GLCs and GLICs contribute about RM445 billion or 25 per cent of Bursa Malaysia’s market capitalisation, providing direct employment to half a million Keluarga Malaysia and forming the most important contributor to the country’s supply chain.

“It is also important to achieve the aspirations of developed countries through the 12MP in the country’s socioeconomic development, as well as the need to restructure (or reform) government policies to enhance the resilience of the rakyat and Malaysia’s competitiveness on the world stage.

“The 12MP reflects the strengthened role of GLCs and GLICs in expanding export markets, assisting the enterprise community and venturing into new strategic sectors such as the Industrial Revolution 4.0 which is based on the use of big data and data analysis,” he said.