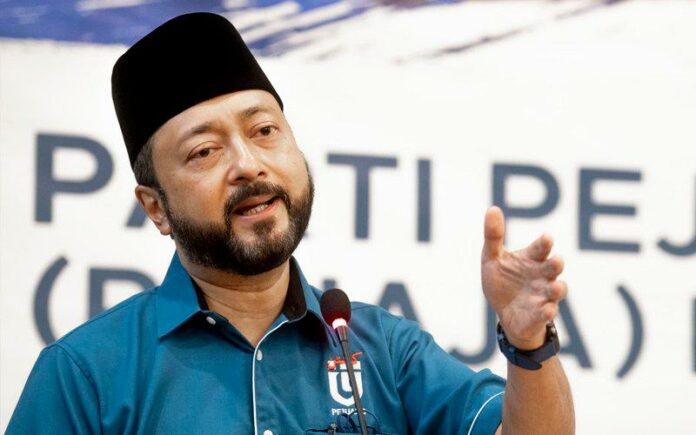 JOHOR BAHRU, March 10  — Parti Pejuang Tanah Air (Pejuang) today announced several additions to the party’s “Aspirasi Johor” manifesto if it wins the Johor election, which includes a proposal that the Agriculture and Rural Management portfolio be held by the Menteri Besar.

Pejuang president Datuk Seri Mukhriz Mahathir said that the decision was made since the portfolio was synonymous with the welfare of the low-income group.

“In addition, the Land and Mine and Finance portfolios which are traditionally held by the Menteri Besar will be entrusted to other executive councillors to assure better checks and balances,” he told a media conference at the Johor election media centre here.

Mukhriz also said that 20 per cent of the salary of the Menteri Besar would be channelled to the education welfare fund of the people of Johor.

“The government’s official cars too cannot be used for political and personal work, such as going to the market, to meet friends, relatives, or attend weddings, prayers at the mosque and surau, as well as personal programmes,” he said, adding that the cars were specifically for official government functions.

Apart from that, he said Pejuang aspired to encourage development through Domestic Direct Investment (DDI) with appropriate incentives and exemptions to facilitate the state’s economic drive.

“This will be done with the participation of more local workers and micro, small and medium (PMKS) enterprises,” he said.

Prior to this, Pejuang chairman Tun Dr Mahathir Mohamad was reported as saying that the party offered the people of Johor three main aspirations as its manifesto, namely, eradicating corruption, eliminating a culture of being unashamed of misdeeds, and an economic recovery plan.

In the meantime, Mukhriz said he hoped the memorandum of understanding (MoU) signed by the government with Pakatan Harapan (PH) not to hold a general election until July this year, was extended.

“I can’t imagine how the people of Johor would feel about that (snap election), they would have just recovered from the exhaustion of this state election.

“I hope good sense will prevail,” he said when asked about the suggestion by Seremban MP Anthony Loke today for a new MoU to be drawn up.

No additional allocations in management expenditure

Urgent need for a ‘field ICU’ at Kepala Batas Hospital –...