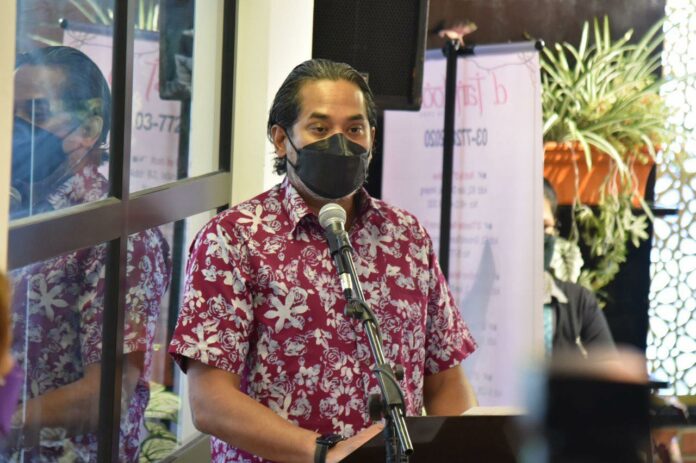 KUALA LUMPUR, March 11 — Cancer awareness among Malaysians is still low and this had been the cause why the disease is often detected at levels three and four, Health Minister Khairy Jamaluddin said.

“If we are able to detect cancer at an early stage, the chances for successful treatment or controlling its spread is much higher.

“Delay in diagnosis is harmful and costly and the high late detection rate is worrying because the Malaysian Study on Cancer Survival published a few years ago shows that the later cancer is detected, the lower the survival rate,” he said in his speech during a programme held in conjunction with World Cancer Day 2022.

He said it was important for various related parties to cooperate to help identify areas for improvement, including in channelling information to increase public awareness on cancer screening and early detection.

Sharing his experience of losing his father, Datuk Jamaluddin Abu Bakar who died of cancer in 1992, Khairy said families of cancer patients also needed support, especially those from the B40 group and the sole caregivers, because they too have to cope with mental and emotional pressure.

Meanwhile, he said the government had implemented the Healthcare Protection Scheme for the B40 Group (PeKa B40) to help the group undergo free health screening but over one million of those eligible  aged 40 and above, have not taken advantage of the facility.

He said Malaysia also has a high rate of non-communicable diseases such as diabetes, high blood pressure, cardiovascular and others which could cause complications if they were infected with COVID-19.

NPRA has yet to approve CanSino vaccine – Khairy

Need for asean to mitigate cybercrime in advancing digital economy –...