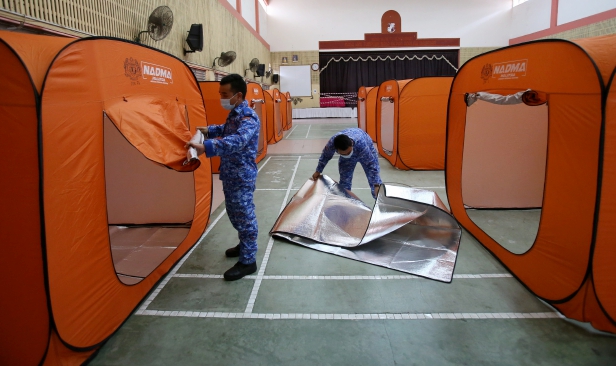 KUALA LUMPUR, March 12  — The number of flood victims in Melaka and Selangor who were evacuated to temporary relief centres (PPS) dropped to 122 victims from 32 families this morning compared with 254 victims from 65 families reported yesterday.

A total of 19 victims from seven families are being housed at the SK Kota Warisan PPS in Sepang compared with 122 victims from 32 families in yesterday’s report while the number of victims in the other three PPS operating in the state remained the same.

The Balai Raya Kampung Orang Asli Bukit Serdang PPS in Kuala Langat, Selangor which housed 29 individuals from eight families was finally closed this morning since the PPS began its operations on March 9.

Meanwhile in Melaka, the only PPS opened on March 8 in the Jasin district at the Sekolah Kebangsaan (SK) Parit Penghulu is still sheltering 33 victims from seven families this morning.

Saifuddin: I was not minister responsible for ICERD