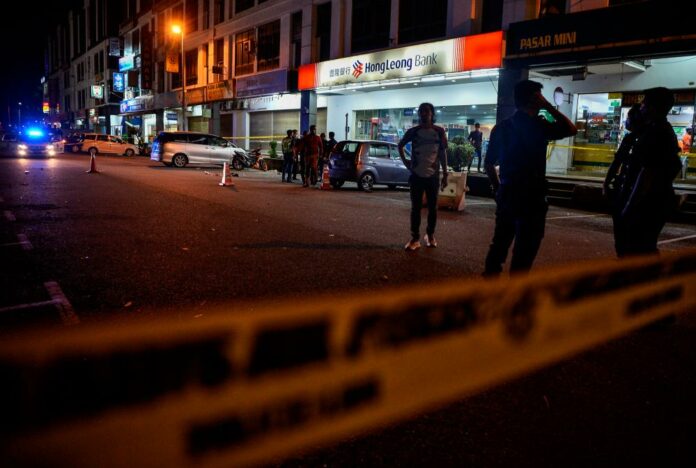 KUALA LUMPUR, March 11 — A guard with a security firm was killed while his colleague was injured when they were shot by a gunman while guarding a company van that was carrying cash near a bank in Puchong Prima here today.

Subang Jaya district police chief ACP Abd Khalid Othman said police were investigating whether the two guards were at the location for their collection rounds or to deposit the cash.

“The suspect managed to escape,” he told Bernama.

Two of them went inside the bank while one guard and the van driver were outside.

During the incident, the guard outside was taking a bag containing cash to the van when the suspect approached him before a struggle ensued.

Abd Khalid said the suspect then opened fire at the guard before fleeing the scene with the money.

The van driver, despite being in a state of panic, carried the guard into the van and drove until they reached Puchong Perdana but the victim succumbed to his injuries soon after.

Abd Khalid said police arrested the lone suspect at a public area in Section 24, Shah Alam at 7 pm with the bag containing the money, adding that police are still investigating the amount robbed.

He said the suspect’s firearm was found at the scene of the incident and police are also getting more information about the car used by him in the robbery.