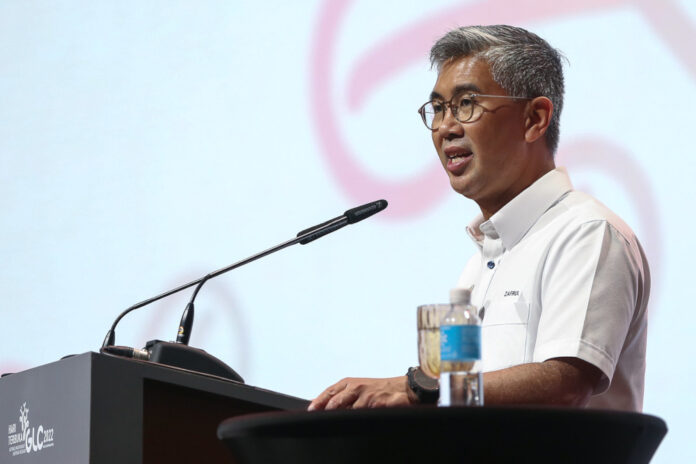 The programme also increased the net revenue of GLCs to RM26.2 billion annually, besides giving shareholders a return of 11.1 per cent a year.

Tengku Zafrul said considering the size of and influence of the GLC ecosystem in the socio-economic development of the country, it is appropriate that government-linked investment companies (GLICs) continue to be improved.

“The government has been striving to sharpen the focus of GLICs, especially in new industries related to Industry Revolution 4.0.

“The effort to improve will be implemented by listed GLCs through the PLC Transformation Programme which I launched on March 2,” he said at the launching of the GLC Open Day here today at the Kuala Lumpur Convention Centre by Prime Minister Datuk Seri Ismail Sabri Yaakob.

Meanwhile, Tengku Zafrul said the entry of Malaysia into the Regional Comprehensive Economic Partnership (RCEP) from March 18 is expected to expand the country’s exports to RM44 billion annually.

This is another exciting development for Malaysia as it enters the transition to endemic phase beginning April 1, he added.

“Foreign investors have invested RM3.5 billion in the domestic bond market in January, and RM3.6 billion in local equities to date,” he added.

Meanwhile, the chief executive officer (CEO) of the Employees Provident Fund (EPF) Datuk Seri Amir Hamzah  Azizan said in a statement that the fund will continue to support the country’s development through strategic investments in infrastructure and the implementation of initiatives that have good social impact for its members.

President and chief executive of Permodalan Nasional Bhd (PNB) Ahmad Zulqarnain Onn said PNB will continue to be a major contributor to the nation’s development in line with the implementation of the 12th Malaysia Plan.

The CEO of pension fund KWAP Nik Amlizan Mohamed said the fund has refined its investment strategies so that it is more agile and proactive to achieve optimum returns and further strengthen the fund.