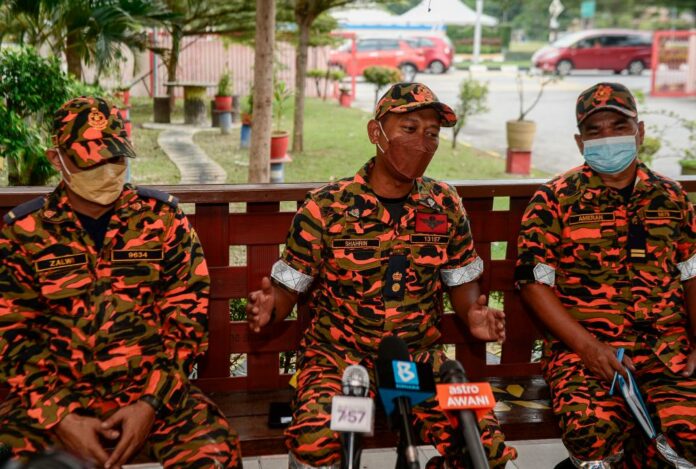 KUALA LUMPUR, March 12 — Firefighters from the Pandan Indah Fire and Rescue station risked their lives by not abandoning the sole survivor in a landslide incident in Taman Bukit Permai 2, despite facing a third wave of landslide during the rescue operation on Thursday (March 10).

He added that while carrying out the assessment, firefighters found the first victim, an 85-year-old senior citizen who was still alive but trapped between the walls of the house and a refrigerator.

“At that time, our priority was to rescue the victim, and as the operation was ongoing, suddenly there was a third-wave landslide.

“Despite the danger, the firefighters on duty decided not to abandon the victim even though they knew that danger could befall them,” he told reporters when met at the Pandan Indah Fire and Rescue station today.

Shahrin Isma said they were lucky as the third wave of the landslide did not have a big impact at the scene.

“The first victim was rescued within 30 minutes, before continuing the operation to find the second victim, the wife of the first victim,” he added.

“At that time, we heard the victim shout for help repeatedly. I asked firefighters to communicate with him and inform him that help has arrived. We tried to calm the victim and make sure he stayed conscious. We also needed to know the extent of his injuries,” he added.

He said based on the information from the victim, they found that there was another victim who was trapped in the house.

“That piece of information made it easier for us to locate the victim,” he added.

One of the firefighters involved, Muhamad Zalwi Ghazali, said that he, together with his two colleagues were assigned to move the refrigerator, weighing 100 kilogrammes, to rescue the first victim who was trapped.

“We did our best to rescue the victim manually by knocking on the rock that was crushing the refrigerator,” he said.

Over 250,000 M’sians employed through MYFutureJobs portal this year – Saravanan